Image from gov.sg provided by The Straits Times/Asian News Network.

"There is the perception that the government’s handling of the Covid-19 crisis has certainly not included adjectives that are more commonly associated with the Singapore government, such as clarity and decisiveness,” Workers’ Party chief Pritam Singh (pic) said in a speech to parliament on Friday. He said citizens have the right to expect a "thorough review and accounting” of the government’s response.

This is first time the party has commented on how the government has handled the crisis overall, though it recently called for more clarity on how campaigning rules would be modified in view of the pandemic.

The People’s Action Party has held power since Singapore’s independence in 1965 and is widely expected to win an election that must be held by early next year.

Prime Minister Lee Hsien Loong, the son of founding premier Lee Kuan Yew, has signalled he intends to step aside by the time he turns 70 in 2022.

In the administration’s handling of the virus outbreak, Singh said the public seemed to be confused by "many piecemeal announcements, U-turns and positions that didn’t gel intuitively,” such as limiting visits to relatives even after safe-distancing rules on public transport were lifted.

The opposition leader took exception with the government’s resistance to requisitioning mask supplies as other nations had done, "probably with an eye on the future so that international companies would always see Singapore as a reliable place to do business.”

Deputy Prime Minister Heng Swee Keat said in parliament on Friday that the government consulted a wide range of people to decide on its response. The government so far has announced S$93 billion ($67 billion) of stimulus, of which Heng said 80% is committed to helping supporting businesses and workers in the city-state, where unemployment is expected to rise to a record of more than 100,000 this year.

In a separate speech to the legislature Friday, Workers’ Party member Leon Perera criticized the administration’s "technocratic zeal” in issuing too many rules that were often qualified or changed after being announced. He suggested the government should consider leaving the choice to business owners on how they would like to resume operations while still adhering to safe distancing rules. 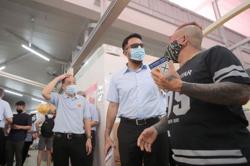 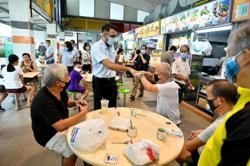 Singapore polls: Workers Party builds on formula that has served it well 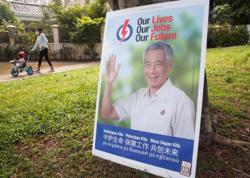