Three workplaces were forced to stop operations for failing to implement adequate safe management measures, including instructing employees to return to the office instead of allowing them to work from home, said the Manpower Ministry (MOM).

A total of 14 composition fines were also issued to employers for breaching various safe management measures in the two days following the end of the circuit breaker period on Monday.

As at 5pm yesterday, the ministry had inspected over 200 workplaces in islandwide enforcement operations, it said in a Facebook post.

Silas Sng, divisional director of the occupational safety and health division at the ministry, said: “It is understandable that some employers may be eager to bring their employees back to work in the office after two months of circuit breaker.

“However, we would like to remind employees that working from home must remain the default working arrangement for employees who are able to do so.”

Employers will be asked to explain their actions when employees complain to the MOM that they have been asked to return to the workplace or office despite being able to continue working from home, added the Facebook post.

If these employers are unable to provide a reasonable explanation, the ministry will have to take enforcement action accordingly in order to protect the employees, it said.

According to the ministry’s guidelines, working from home should remain the default option for all employees. Workers can return to the workplace following the circuit breaker period only if they have no alternative, in order to use specialised equipment or fulfil legal requirements.

Yet, some workers said that they had been told to return to their offices from Tuesday, despite it being unnecessary.

An engineer working in the manufacturing industry was asked to return to the office this week to clear administrative tasks which he said could be completed at home.

He and his colleagues are allowed to work from home only one day per week starting next week, said the engineer, who is in his late 20s.

“The reason that I was given by my employer was that the company can resume operations from June 2. But I am concerned that this is against the rules,” he said, noting that he was also worried about holding physical meetings with his mostly middle-aged colleagues.

A graphics artist in the publishing industry also lamented the fact that she had been ordered to return to work even though she was able to access all the necessary imaging and editing programmes on her computer at home.

She was unsure why she had to be in the office, she said.

“I feel that it is not very safe to have the entire company back at the same time. I am worried that I could fall sick or get infected by the virus,” she said.

Another woman who works in the legal sector said the partners at her firm are providing the option for employees to return to the office should they feel comfortable to do so.

“It is much easier to get things done with the team in person. The firm has safe distancing measures in place. If anything, my concern is taking public transport,” she said. — The Straits Times/ANN

Steep price to pay for lapses 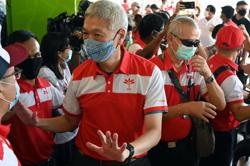 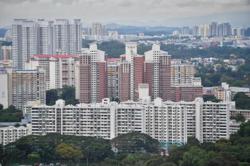