People holding candles as they gather in Mong Kok district to commemorate the 31st anniversary of the Tiananmen Square crackdown, in Hong Kong, China, on Thursday, (June 4). After months of quiet in Hong Kong amid the virus outbreak, clashes between protesters and police resumed in the city’s streets last month following China’s decision to impose national security legislation that could curb freedoms. - Bloomberg

HONG KONG: At the height of last year’s protests in Hong Kong, Daniel Wong Kwok-tung regularly received late-night requests from a mysterious group known as Spark Alliance to provide legal assistance to demonstrators rounded up in street battles with police.

The 70-year-old lawyer was among several that Spark Alliance would tap to organise a defence, essentially a back-room operation that kept the demonstrations going for months despite thousands of arrests of young people -- many of whom couldn’t afford to make bail.

But after authorities in December shut down the group’s bank account and froze HK$70 million (US$9mil), Wong now gets phone calls directly from protesters who end up in legal trouble. And cash used for posting bail is running short as donations dry up.

"People are less well-off these months obviously,” Wong said. "Another reason is, sadly, that we all feel hopeless and cloudy for the future. This battle isn’t ending, and the chance of us winning seems less and less.”

After months of quiet in Hong Kong amid the coronavirus outbreak, clashes between protesters and police resumed in the city’s streets last month following China’s decision to impose national security legislation that could curb freedoms. Almost 500 people were arrested, adding to the thousands detained last year in sometimes-violent protests for meaningful elections -- a demand Beijing has ignored.

Many of the young protesters who hit the streets rely on funds from better-off sympathizers to help pay their legal bills if they get arrested and charged. Spark Alliance’s legal troubles left the other main recipient of donations -- the 612 Humanitarian Relief Fund -- as one of the last places demonstrators could turn for financial support. And it, too, is struggling.

"I personally am worried about how long the fund could go on,” said Cyd Ho, a former legislator and a trustee of the 612 Fund who was among 15 prominent pro-democracy supporters arrested in April. "The economic downturn and the US-China trade war is going to threaten a lot of people’s livelihood, hence their ability to support us.”

The latest monthly audited figures posted on the 612 Fund’s Facebook page aren’t pretty. March saw a 39% dip in disposable funding to HK$32.2 million even as the group said legal cases connected to protests surged 75% in the month. By the end of April that figure fell to HK$23.8 million -- roughly a third of the peak it hit last October.

The group said that a plea for help in early May somewhat replenished the fund, bringing in HK$24 million in 20 days. It’s expected to release its next audited statement later in the month after a period in which the city’s recession has worsened: The unemployment rate climbed for a seventh straight month in April to 5.2%, the highest in more than a decade.

"We remember dearly that citizens encouraged us to use the money wisely, and vowed they would donate to us again,” Margaret Ng, a barrister and one of 612’s trustees, wrote in a column for the local newspaper Ming Pao on June 1. "Now we all live a hard life but Hong Kongers still stand together with no regrets. My city should be proud of such adamant guardians!”

Funding pressures might intensify over coming months as anger builds over the national security legislation, social-distancing restrictions are eased and campaigning starts in earnest for Legislative Council elections in September. Police moved quickly to disperse demonstrators on May 27, the day lawmakers deliberated on a bill to criminalize disrespect to the national anthem, detaining the most people since the pandemic hit and kept people indoors.

Though some lawyers are providing services pro bono, others aren’t. In just one week in mid-May, at least 34 protest-related cases were heard at various courts, involving more than 200 defendants, according to the 612 Fund. It said the expense per defendant is estimated at HK$258,000 (US$33,280), assuming a 10-day trial at a magistrates’ court. The organization is encouraging its clients to first apply for the city’s legal aid so they can help those not covered, Ho said.

The 612 Humanitarian Fund was set up after clashes on June 12, 2019, over a bill that would allow extraditions to the mainland for the first time. It’s helmed by prominent pro-democracy figures in town, including Ho, Ng and Cardinal Joseph Zen, and discloses audited monthly income statements online.

The fund has faced criticism along the way. Some supporters complained about funding decisions, especially one to buy a "sound system” for rallies. It was denounced as bureaucratic by protesters because of a slow approval process and also because it demanded details of arrestees, even though it tried to protect the identities of those it aided.

Still, the 612 Fund’s accounting procedures have so far helped it avoid the same fate as Spark Alliance. Founded after the 2014 Umbrella Movement, Spark Alliance’s methods were hazy even to those who helped raise lots of money for the group, which earned the trust of frontline protesters because of its work to bail them out from police stations no matter the hour.

Last year the two funds together accounted for 70% of the money raised to support the pro-democracy protests, a Bloomberg calculation in December showed, shortly before authorities moved in on Spark Alliance. At least five people were arrested and its bank account -- in the name of a director of a pest control company -- was frozen.

The group’s Telegram channel is still active to take help calls, but mostly forwards messages. In a statement to Bloomberg, Spark Alliance said it was "under legal advice not to comment on your inquiry due to an ongoing police investigation. Please accept our sincerest apologies.”

Some in the protest movement are giving in other ways. Apple Daily, owned by activist Jimmy Lai, started a paid subscription last June and has donated HK$1.35 million ($175,000) to 612 Fund, according to the fund’s public record. A representative of Next Digital Group, Apple Daily’s publisher, declined to verify that number.

Protest backers are also spending consciously at shops classified as part of the "Yellow Economy Circle” -- restaurants and retail brands that are sympathetic to the protesters. Aello, a fruit tea shop in the suburban area of Yuen Long, displays a sign saying it will donate a day’s net income to the 612 Fund.

Some choose to directly fund "parent groups,” a commonly used code name for residents who provide food and shelter to young protesters. Another round of fundraising by the project "Stand With Hong Kong” asked for US$1.75 million at gofundme.com, to pay for newspaper advertisement in the U.S. and the U.K. and videos in support of the protesters. The project received US$1.32 million in seven days.

Still, it’s unclear how much cash from these efforts go directly to aid those arrested while battling in the streets. The national security legislation, which will be drafted in the coming months, could only increase legal bills in the future if protesters end up facing stiffer charges and longer jail sentences.

Bail after arrest ranges from HK$1,000 to more than HK$10,000, depending on the seriousness of the charges, according to Wong, the lawyer who has primarily focused on helping protesters over the past year. He said he hasn’t taken any legal fees and spent nearly HK$5 million in April to start a restaurant called Aegis in Taipei, which hires protesters in exile and helps them with studies, accommodation and legal aid.

For Wong, who recently traded in his car for a cheaper model, it’s the least he can do to help a younger generation of Hong Kongers facing a much bleaker future as China continues moves to stamp out dissent in the city.

"I wished my generation had done more in our time, and the kids wouldn’t have to suffer so much,” Wong said. "I don’t have children of my own. I would do as much as I can for the kids, until I fall.” - Bloomberg
Article type: free
User access status:

Hong Kong , LIfe is Tougher For Protesters , Protets Movement Running Out Of Cash 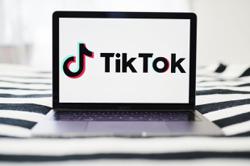