Singapore Jobs Council to create jobs and training on an unprecedented scale: minister

SINGAPORE (The Straits Times/ANN): The new National Jobs Council will work in the coming months to grow jobs and training opportunities on a much greater scale than anything attempted before, said its chairman, Senior Minister Tharman Shanmugaratnam, on Wednesday (June 3).

The high-level council has 17 members, including eight ministers and representatives from the labour movement and business associations.

It will oversee the design and implementation of the SGUnited Jobs and Skills Package announced in the Fortitude Budget speech last month.

The package aims to support close to 100,000 job seekers over the next 12 months by creating new vacancies, traineeships and skills training places.

"We must work together as a national team to grow jobs and training opportunities in the coming months, on a scale well beyond any past experience," said Tharman in a media release by the council on Wednesday.

"It is a challenging task, but achievable with tight coordination, and the tripartite partners going beyond established ways.

"We will use every way possible to create these opportunities, in both the public and private sectors, and pay special attention to our middle-aged and older workers," he said.

After its first meeting on Wednesday, the council said that one of its three priorities is to identify and develop job opportunities for Singaporeans amid Covid-19 and its aftermath.

It will also mobilise the Government, employers and unions -- known as the tripartite partners -- as well as training providers, to form a "sizeable bank" of SGUnited Jobs and Skills opportunities in various sectors and catering to every skill level.

Finally, it will coordinate efforts among the partners and effectively implement three types of programmes: job creation and matching, attachments and training for reskilling, and job redesign to help enterprises transform.

It will align its work and implementation strategies with those of the Future Economy Council and the Emerging Stronger Taskforce, it said.

Deputy Prime Minister Heng Swee Keat, who announced the formation of the council in the Fortitude Budget speech, will advise the council.

Ng said the NTUC is committed to continue working closely with employers and the Government, and will do its best to support the "whole-of-nation approach" to job preservation, job matching and job advocacy, as well as job creation and training.

SNEF's Mr Yap said the organisation's members will look at how they can provide opportunities for existing and incoming employees to upskill themselves so that they can safeguard their livelihoods both in the near and the long term.

Singapore Computer Society president Chong Yoke Sin said that as Covid-19 has underscored the urgent need for digital transformation,"we will push for this critical digitalisation across all sectors, and for more workers to undergo training to gain digital skills". - The Straits Times/Asia News Network 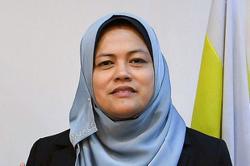 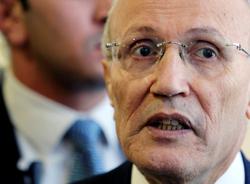 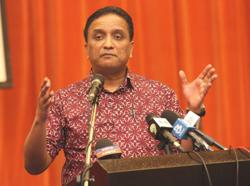