BANGKOK (Xinhua/ANN): Many Thai nationals and migrants, who have been employed for jobs in Malaysia, will likely re-enter Thailand shortly after the neighbouring country lifts a lockdown measure expected to be this week, an army general has announced.

Thailand's Fifth Infantry Division commander Major-Gen Santi Sakuntanak commented a large number of Thai and migrant workers will likely get into Thai territory through a border checkpoint in Su-ngai Kolok district of Narathiwat province, across the border from Kelantan state of Malaysia where the lockdown is scheduled to be lifted on June 9.

Nevertheless, some migrant workers, particularly Rohingya, might probably avoid the border checkpoint and illegally get into Thai territory through 46-km long natural borderlines across Su-ngai Kolok River between Narathiwat and Kelantan, according to Maj. Gen. Santi.

Dozens of Thai and migrant workers were earlier arrested with some testing positive for COVID-19 after they had illegally crossed natural borderlines in Thailand's southern border provinces.

The authorities have been prepared to cope with the probability of any Thai nationals and migrant workers being found infected with the coronavirus upon their return from Malaysia, the army general said.

Those who might test positive will be immediately sent to hospitals in southern Thailand while others will be quarantined for 14 days.

Maj Gen Santi, who concurrently acts as commander of Thep Satri Task Force based in southern Thailand, visited the Su-ngai Kolok border checkpoint as well as army and ranger units deployed along the border in the wake of an anticipated influx of workers from Malaysia, following the waiver of the lockdown measure in that country. 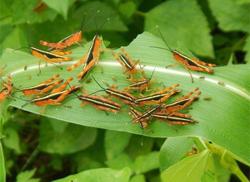 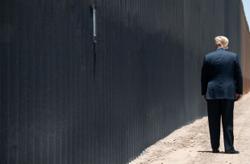