HANOI: Vietnam's first domestic car manufacturer, VinFast, will start the mass production of its first electric models next year and will target the United States market, the company said in a statement to the media.

VinFast, a unit of Vietnam's largest conglomerate Vingroup JSC, will use battery cells made by South Korea's LG Chem, VinFast said to Reuters.

"We expect to officially debut the model at the Los Angeles Auto Show in November 2020; launch a test programme in January 2021 and mass produce the cars by July 2021," it said.

The model, designed by Italian design house Pininfarina , can travel up to 500 kilometres (310 miles) on one charge, it added.

LG Chem said in April last year it had set up a joint venture with VinFast to produce lithium-ion batteries for the auto maker's electric scooters and electric vehicles.

Vinfast, which sold its first gas cars last year, sold 5,124 cars in the local market in the first quarter this year, putting it in fifth place and ahead of brands that include Mitsubishi, Mazda and Ford, according to state media. - Reuters
Article type: free
User access status: 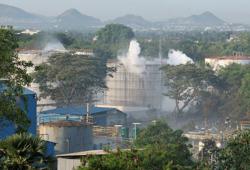 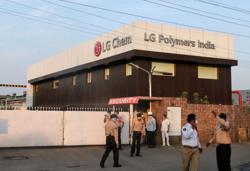