HANOI (Xinhua): Vietnam will allow the import of live pigs for the first time in a bid to counter the increasing live hog prices in the domestic market, according to the Ministry of Agriculture and Rural Development.

The move is attributable to the complex developments of the Covid-19 pandemic and rising pork prices, Vietnam News Agency quoted Deputy Agricultural Minister Phung Duc Tien as saying on Friday (May 29), noting that the import will be under tight monitoring to prevent its negative impacts on the local market.

The first shipments could probably come from Thailand, Tien said, adding that the ministry will also create the best possible conditions for the import of breeding pigs to help increase the number of local herds.

The African swine fever has reoccurred in 155 communes of 20 provinces and cities in Vietnam, leading to the culling of nearly 4,000 pigs since early this year, local media reported on Wednesday.

In 2019, the disease spread to all 63 provinces and cities in Vietnam, leading to the death and culling of about 5.9 million pigs, according to Vietnam News Agency. - Xinhua 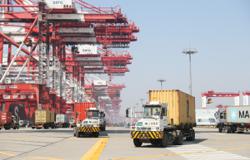 China's exports, imports up in June

China's trade with top partner Asean up 5.6% in H1 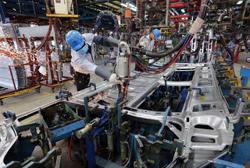