BANGKOK (The Nation/ANN): Thailand is in a position to resume export of eggs as the current production exceeds domestic consumption, Department of Internal Trade director-general Wichai Phochanakit said.

“The department is aiming to export the excess supply of about 3 million eggs per day under a six-month campaign to promote the export of 200 million eggs in total, ” he said.

“The campaign will use a budget of approximately Bt50 million to support packaging and transportation of eggs for local farmers. The first 100 million eggs are expected to be exported from June to September, while the balance 100 million will be exported in October and November.”

He said countries that used to import eggs from Thailand but stopped due to the Covid-19 outbreak will gradually continue buying Thai produce as lockdown measures are being lifted in many territories.

“As the economies start to revive, consumption will rise and demand for our eggs will increase, ” he added.

The department also is planning to sell up to 15 million eggs in the next two months at the Ministry of Commerce’s Blue Flag shops nationwide to reduce the oversupply in the domestic market.

“Once the supply is balanced, we estimate that the average price of eggs will rise from Bt2.40 per egg to Bt2.80 to Bt3.00, ” he added. - The Nation/Asia News Network 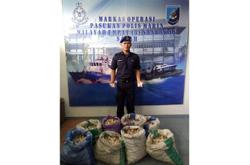