KUNMING, Jan 15 (Xinhua): Two rare deer, a male and a female, were spotted in a nature reserve located in Changning County, southwest China's Yunnan Province, according to local authorities.

This is the first time the rare species was filmed in the reserve.

The forest musk deer are timid in nature and only live in areas with excellent environment and few human activities, said Yang Bin, director of the reserve, adding that their presence indicates a continued ecological improvement in the region.

Forest musk deer are under national first-class protection and are on the International Union for Conservation of Nature red list. There are 4,000 to 4,500 forest musk deer living in the wild.

Meanwhile, a giant panda breeding base in northwest China's Shaanxi Province is inviting the public to give names for four panda cubs that were born last year.

Members of the public can send their suggestions via email to rcqgpanda@qq.com before Jan. 31, 2021, with the final names being unveiled in early February, said the Qinling panda breeding and research center.

Participants of the campaign will have the opportunity to interact with the pandas in the center at close range.

In 2020, four panda cubs were born in the center, including twin cubs. The mother of the twins, Qinqin, was born in 2013 and is the first giant panda reared in captivity at the center. 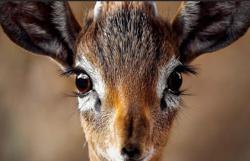