Home is where the holiday is

A stream along Mount Santubong's blue trail, in Sarawak. The state was one of the Malaysian destinations highly recommended by those polled in a survey conducted by travel metasearch site, Wego. - Filepic

Domestic destinations prove to be more popular for many South-East Asian travellers, a survey reveals.

MALAYSIANS generally feel that it is unnecessary to travel beyond their motherland as it is already culturally diverse.

This notion also holds true for citizens of other Asian countries such as Indonesia, the Philippines, Vietnam and Thailand.

Asian travellers, for the most part, feel compelled to see their own country prior to venturing abroad for holidays. The general consensus is that it’s not possible to appreciate other cultures before understanding your own.

This is revealed in a survey conducted by travel metasearch site, Wego. Over 1,000 respondents from South-East Asia and Australia were polled to determine just how much travellers are divided between seeing their own country or the rest of the world first.

“You can appreciate what you have much more if you know your roots. We have huge cultural differences in Malaysia – the language and people – that’s all worth seeing first,” said a Malaysian respondent. 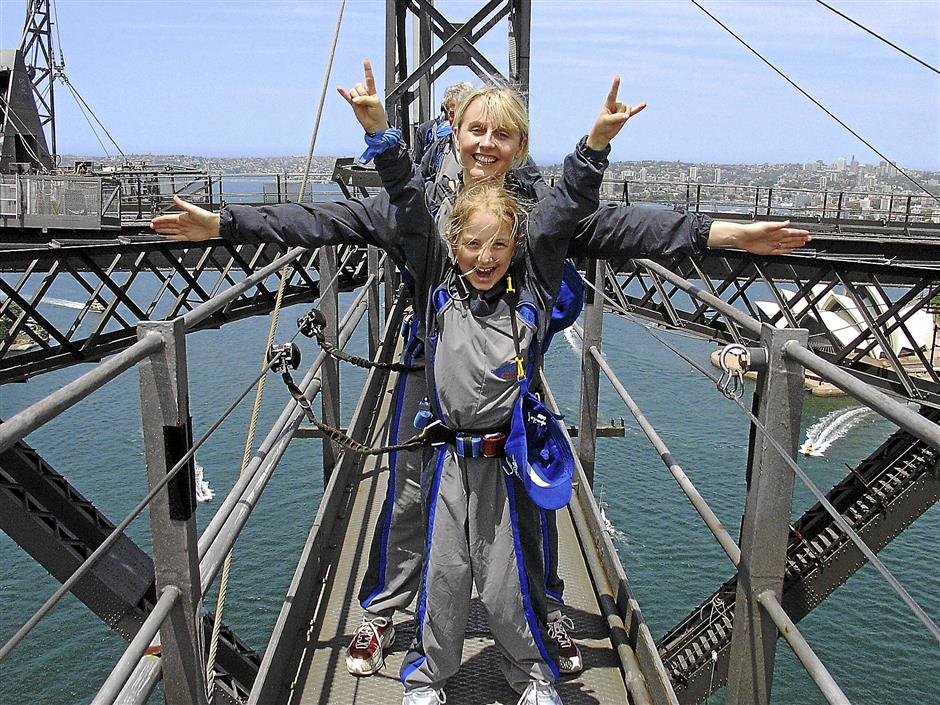 Adventure time: Tourists ready to bungee-jump off the famous Sydney Harbour Bridge. A Perth resident said it was cheaper to fly to Hong Kong and Singapore than to Sydney. – Filepic

Another response along those sentiments was that there’s so much to explore in Malaysia.

“It’s so good to see and experience our own beautiful country! The culture and way of life in Malaysia is different from in other countries. It is great to try the food and drinks in other countries but travelling locally gives us some basic preparation before we venture overseas,” said another respondent.

The prevailing thought is that travelling domestically will enhance one’s knowledge about one’s own country.

“There’s a lot of uniqueness about your own country, so when you travel overseas, you can then promote the beauty of your country to others,” read one of the responses.

“First, we should appreciate what we have, then see what our country may be lacking in. Basically, you travel internationally either at a relaxed pace or in a hectic group tour. In your own country, the pace is more relaxed,” said one respondent.

Local destinations that were highly recommended by those polled were Sabah, Sarawak, Langkawi, Kuala Lumpur and Penang. Rainforest World Music Festival 2011 in Sarawak. The festival is a drawcard for local tourists as well as international travellers.

Responses from the Philippines celebrated the spirit of the country, citing an enormous variety of cultural approaches, destinations, food and even political differences as traits that encourage domestic exploration.

“The Philippines is great and fun despite all the odds. Filipinos have a brighter outlook on life and can smile through calamities,” said one respondent.

Indians believe that their country’s spiritual, historic and cultural offerings are a reference point for making comparisons when travelling abroad.

One respondent stated that, in a country like India, you “very quickly learn that beauty is in the eye of the beholder”.

Another believes that travelling in the “developed world” provides him with better understanding and the urge to “bring in good practices and civic sensibility” to India. The majority of Indian respondents, however, place domestic before international travel.

Indonesians, who made up the largest number of respondents in the survey, cited their country’s natural beauty and cultural diversity as reasons for travelling domestically. In general, Indonesians are impressed with the friendly and helpful nature of their own countrymen. A monkey and her offspring at Monkey Forest in Ubud, Bali. Indonesians cite natural beauty and cultural diversity as reasons for travelling domestically.

However, many commented on their desire for the country’s infrastructure and tourism industry to be of a higher standard and quality.

The majority (70%) of Australians voted yes to travelling at home first. However, the cost of travelling domestically in comparison to internationally, especially value options in South-East Asia, is a big plus for the overseas vote.

One Aussie relayed that he had a two-week stay in Turkey, with flights and hotels included, for the same price as one week’s holiday in Queenstown, South Australia.

Another expressed her frustration that a weekend getaway in Queensland is costlier than a two-week holiday in Thailand.

One Perth resident expressed dismay that it costs more to fly to the eastern states of Australia than to Hong Kong and Singapore.

Not surprisingly, Australia’s vast expanse and unique natural beauty are a big drawcard for the “yes” team.

Interestingly, some expressed difficulty in travelling overseas when one is older. A few people recommended that exploring the world is for young people, and that there’s plenty of time to see your own country and join the “grey nomads” later in life.