The power of presence: Leveraging on location based data Shaftsbury Square, a mixed development in Cyberjaya comprising retail shops, offices and serviced apartments has adopted the iBeacon technology in its premises in the hopes of reaching consumers more directly with retail offers and promotions.FOR BYTZ USE ONLY.

Location based services can potentially benefit more businesses through its innovative use to enhance current operations.

Location-based services holds far greater potential than just benefitting individual brands. It can even be used to enhance the shopping experience within a mall.

This is what Shaftsbury Square, comprising retail shops, offices and serviced apartments in Cyberjaya, has been upgraded to do. More than 85 ­iBeacons have been installed within its premises, with one located at the entrance of each shoplot.

“The idea of using iBeacons stood out to us because we felt there was a need for people to be reached directly for promotions and marketing,” says Jamie Loh, head of corporate communications at iKhasas Group, the organisation responsible for developing Shaftsbury Square.

“It offers our tenants the chance to reach out to people who are walking by their stores.”

Through the use of a mobile app, the iBeacons will provide timely mobile alerts of current promotions at shops that consumers pass by. SIMPLE SETUP: Ivan Loh holding up a Rasperry Pi device. The device is used by his company to capture mobile phone IDs in order to perform market analysis that can help retailers make better marketing decisions.

iKhasas has partnered with 1337 Tech Sdn Bhd, developers of a ­location based advertising platform known as Baucar and data analytics solutions provider, Tide Analytics Sdn Bhd to achieve this feat.

Besides this, a back-end system developed by Tide Analytics helps retailers at Shaftsbury Square gain better insights into their customer base.

“What we do is we help merchants to track cellphone signals to gauge a particular store’s ‘market share’,” says Ivan Loh Kah Lun, founder of Tide Analytics.

This is achieved by placing a Raspberry Pi device (a tiny ­single-board computer) near a store’s POS (point of sale) system. The device will then capture the unique IDs of the phones of people who enter the store.

“Cellphones emit signal from time to time, which although encrypted, contains a small portion that we can process to tell exactly how many people are passing by outside the store versus how many actually enter it,” he says. “This is basically ‘presence data’,” explains Bikesh Lakhmichand, 1337 Ventures Sdn Bhd founding partner. The organisation has provided funding for both 1337 Tech and Tide Analytics in the past.

“This will give store owners ideas on how to increase their productivity, and to find out whether their marketing campaigns are actually working,” he says.

Loh says the personal details of mobile phone owners are not captured alongside their device IDs.

“We ensure that the data is encrypted and deleted afterwards. Only summary information is passed on to our cilents,” he says.

With both Baucar and the Tide Analytics tool working together, Bikesh claims that promotional ads will be truly targeted for each mobile user and this would help to “reduce the noise” encountered by consumers.

Although the data is anonymous, it is still possible to obtain certain types of information such as what mobile devices are being used as well as what operating systems they run on.

In the case of consumers who own more than one device, Loh says the system is able to deduce that they belong to the same person by comparing timestamps and device ID data.

Even for phones that don’t run on a data plan, it’s possible to detect such devices as long as their WiFi is on, he claims.

“We’ve tracked actual ticket sales at certain events and compared it to the data we collected and found that our capture rate was about 80% to 90%,” Loh shares.

More information about mobile users can be captured via this system if merchants opt to utilise Baucar’s loyalty points programme as well. Alternatively, they can integrate it with any existing membership systems they already have.

“Once we actually have ­permission from consumers via Baucar registration, then we can delve in deeper and track more ­consumer behaviour,” he says.

However, retail isn’t the only ­economic sector that can benefit from an integrated location based mobile solution.

Digital outdoor advertising media firm, Springkel Sdn Bhd, has also benefitted from the use of such tech.

“We can now quantify the ­number of motorists who have seen the ads on our trucks. This is really useful for us when we deal with our clients and they want to know how large their ad audience is,” says Spring Wong, chief executive officer at Springkel.

As a whole, Bikesh says this ­solution is being targeted at local small and medium enterprises (SMEs) as it has been developed locally and thus, is cheaper than other solutions out there.

“Because it’s affordable, we hope it gets used for things like smart city planning and public ­transportation so the government can start analysing patterns within cities to create new infrastructure or public services,” Bikesh says.

He adds that the service has been packaged online in such a way that it can be later expanded into a regional solution.

“We want to get it into other cities like Jakarta and Manila ­eventually,” he says.

Related stories:
Intelligence via location
Not yet a hit 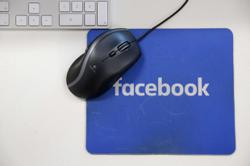