Malaysia's Jazeman Jaafar flashes the thumbs up sign after winning the Monaco Grand Prix in the Formula Renault 3.5 race in May.

PETALING JAYA: Jazeman Jaafar’s Formula One dream has come true – albeit with one last hurdle for him to clear.

The 22-year-old Malaysian, who impressed everyone by winning the Monaco round of the Formula Renault 3.5 Series from pole position in May, has been offered a race seat with one of the Mercedes-powered teams in Formula One next year.

The race seat, however, comes with a hefty price tag.

Like any unproven new driver, Jazeman, who’ll turn 23 on Nov 13, has to source for his own sponsorship backing.

Jazeman has been under the Petronas Talent Development programme for the last four years but the move into the pinnacle of motorsports does not come cheap as a driver would need an annual budget of around €15mil (RM63mil)!

That can be considered a modest figure when taken into consideration the 2016 season will comprise a record-breaking 21 races.

Jazeman believes it’s too good an opportunity to let go.

“This is the pinnacle of motorsports. I’ve got an offer to do a full season next year. This kind of opportunity only comes once ... I may not get the chance next time.

“I’m ready to take it up a notch ... my results over the last few years speak for themselves,” said Jazeman, who secured his FIA Super Licence in Portugal last September.

If he gets his breakthrough, Jazeman will be only the second Malaysian after Alex Yoong (2001-2002) to race in a Formula One car.

“Ideally, I hope to get the opportunity to do a couple of Friday practice runs to experience what it’s like handling the car.

“But it’s all about having the funding to make it happen and that’s something I hope the relevant parties can come in and support me,” said Jazeman, who first made his name in 2007 by becoming the first – and only – Malaysian to win the Formula BMW Asia overall title.

Jazeman moved to the British Formula Three Championship in 2010 and finished second in the overall championship two seasons later.

He continued to make progress by stepping up to the Formula Renault World Series in 2013. Jazeman has scored three podium finishes at the halfway mark of the championship this year and is third in the standings with 90 points. 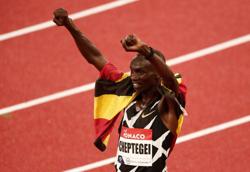 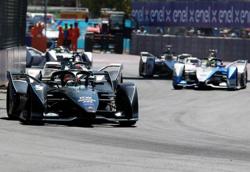 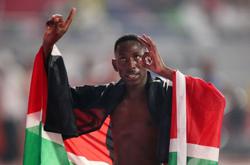