Fomer FIFA vice-president Mong-joon has thrown in his bid to replace Sepp Blatter as the president. - YAP CHEE HONG / The Star

StarSport: FIFA have never picked a non-European president. Do you think it will be different this time? Will the members opt for a change?

Dr Chung: All previous FIFA presidents have been Europeans, except Joao Havelange (Brazil) ... but he is also of European descent ... so the time has come to change this in FIFA. I want to tell this to my European friends ... Europe more or less has realised its football potential. It already enjoys enormous support. There is the European Championship every four years, Champions League, Europa League and the national leagues are very successful. The new president’s job is to focus more on development of other continents, which has been long overlooked.

StarSport: Realistically, is there a chance now for a new president from Asia or Africa?

Dr Chung: Many people think FIFA have been very successful. Success of FIFA means only financially. But let’s look at the reputation of FIFA today. Why don’t we try to learn a lesson from our own failures. The whole world says FIFA have failed to maintain their reputation. FIFA have been embroiled in a costly legal battle with the controversial replacement of the MasterCard sponsorship by Visa. So, why can’t the new president be either an Asian or African? This is my answer and this is my question for the world football fans.

StarSport: What will be the major task of the new president, especially his plans for Asia?

Dr Chung: How many people are there in Asia, Africa and Concacaf? They make up more than 80% of the global population. Asia alone has 4.4 billion people, Africa 1.2 billion and Europe 700 million. So, there are many possibilities for development in Asia. Asia and other continents deserve a better share of FIFA’s financial resources, especially among the lesser National Associations. Some find it hard to take part in the World Cup qualifiers because of financial constraints. Most have no budget to compete even in the preliminary rounds. I believe FIFA can do more for these less affluent nations.

StarSport: You have the background of a politician and sportsman as well. How do you think this experience can help you in your presidential elections?

Dr Chung: There is a similarity between football and politics ... they’re all team sports. You still need some players and training (in both activities) ... and sometimes it takes determination and courage. If I choose to stand for election, one of my advantages will be that I worked with the Korean FA for 16 years. I started with a small budget of US$3mil (RM11.7mil), now it’s around US$70mil (RM273mil). So, I know how to develop a National Association ... building it to be affluent ... and guiding them to host the World Cup.

StarSport: Why do you say it’s high time for Asia to overcome the idea of Euro-centrism?

Dr Chung: Football in Europe is good, I agree. But that does not mean the FIFA president must be from Europe. The United Nations Headquarters is located in the US but they don’t have an American secretary general ... at the moment he is a Korean (Ban Ki-moon). That’s the way a global organisation should be run. 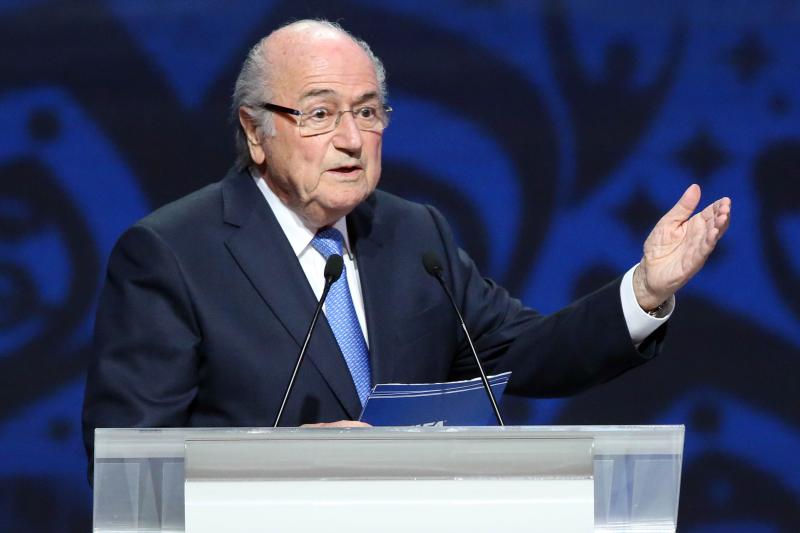 
StarSport: How to change the mind-set and convince the National Associations to change at the coming presidential elections?

Dr Chung: FIFA is a large organisation and with large operations – World Cup, youth tournaments, women’s tournament, pro-referees and so on. People think continuity is important. My point is simple. Continuity is good, but so are changes. I am also for continuity for development. My slogan is not “No corruption”, it is negative. It’s better with “More Transparency, More Development”.

StarSport: Sepp Blatter is still popular and has the support of the majority of the National Associations. This can be seen by the landslide victory during the presidential elections in May.

Dr Chung: That is a surprise and a disappointment. I hope people will start to think. People think everything is okay ... status quo mentality. Why do we have to change when everything is fine and because he gets the job done despite all the problems? If Fair Play is the slogan of FIFA ... then we need to change.

StarSport: UEFA president Michel Platini’s chances of becoming the new president of FIFA received a boost when the Asian Football Confederation (AFC) chief praised him as “a unique candidate” and urged his member nations to unite behind a single candidate. What’s your opinion?

Dr Chung: It’s puzzling and sad to hear such comments. AFC president Sheikh Salman (Ebrahim Al Khalifa) is an old friend of mine. I will meet him soon. I like Platini. A popular footballer ... but whether he’s the right person to introduce a new era in FIFA ... I don’t know. Why do we still need a protégé in FIFA. We have to close Blatter’s chapter in FIFA and open a new chapter. Blatter’s reign has been 40 years ... enough is enough!