THERE has been an “eagerness” by the Government to pin the cause of the riot in Little India to alcohol, rather than to examine if it was the result of its own economic policies, Workfair Singapore activist Vincent Wijeysingha told the Committee of Inquiry (COI) on Thursday.

“The Prime Minister ... (in his) eagerness to make this point on alcohol, suggests there has been a great scramble to find a cause, a reason, to exonerate the Government and its policies,” said Dr Wijeysingha, adding that the State’s decision to deport the suspected rioters before they could go to trial meant it was a “wasted opportunity to examine the alcohol thesis”.

Dr Wijeysingha told the committee that this was no different from what happened in England and that the “alcohol thesis” has been made by the authorities “even though we have no forensics evidence that the rioters were drunk”.

But when State Counsel Sharmila Sripathy told him that it was “a matter of public record” that multiple witnesses had given evidence rioters had behaved under the influence of alcohol, Dr Wijeysingha disagreed, and said it was so far merely “a matter of public assertion”, given the lack of definitive evidence. — The Straits Times / Asia News Network 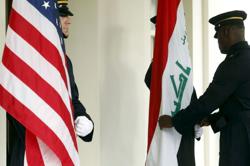