Hazy till middle of next month

PETALING JAYA: The haze is expected to go on until mid-September with the peninsula’s west coast suffering the most from Indonesia’s open burning.

Coastal states from Kedah down to Johor could be the hardest hit, he said.

He said Sarawak may see its haze situation improve over the next few days as the winds were set to change direction.

At the moment, winds from Indonesia were carrying the smoke from Kalimantan and Sumatra to Malaysia and Singapore.

Open burning at plantations and forest areas is common in Indonesia as it was the fastest and easiest method of clearing land.

Hisham said there could be more rain here next month when the winds change during the inter-monsoon period, which would help clear the haze.

But he warned that the Indonesian weather could also get drier, resulting in increased hot spots and more smoke being blown here unless the fires were put out before then.

The global El Nino weather phenomenon was also expected to increase the chances of hot and dry weather in Indonesia, Hisham added.

According to the Air Pollutant Index (API), Seri Manjung in Perak had the unhealthiest air in the country yesterday.

Port Klang in Selangor had its highest API reading of 102 at 3am.

In George Town, Penang, CHRISTOPHER TAN reported that the air quality there continued to climb towards unhealthy levels ­yesterday. 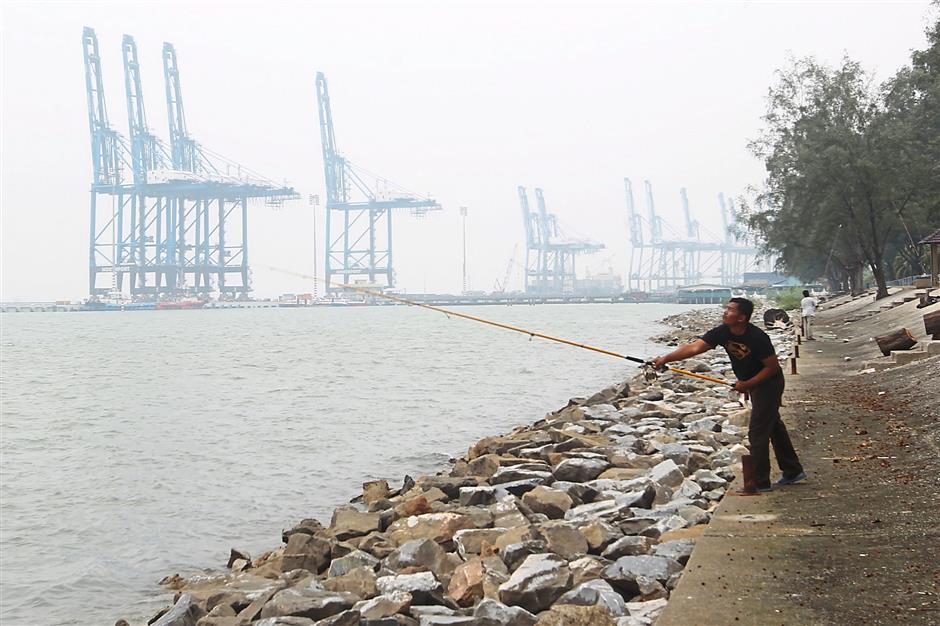 Fish can’t wait: A man ignoring the haze in Port Klang as he tries his luck at fishing around 2.30pm yesterday.

The Sabah Meteorological Department director Abdul Malek Tussin said that the haze in the state was not as bad as that in the peninsula.