Penang students in the lurch over N-Day theme

GEORGE TOWN: After weeks of hard work practising for the National Day parade, thousands of schoolchildren here are caught between a rock and a hard place.

The Federal Government has ordered the children not to take part because Penang has chosen its own theme for the celebration in the state.

The state government’s theme is Bersih, Cekap, Amanah (Clean, Efficient, Trustworthy) while the Federal Government’s slogan is Sehati, Sejiwa (One Heart, One Soul).

Penang’s choice is seen as supporting the Bersih 4 rally planned for Aug 29 and 30 in Kuala Lumpur, Kuching and Kota Kinabalu.

Malaysian Federation of Scouts state chief commissioner Zulkafli Kamaruddin was disappointed by the directive but said the body had to respect the decision. 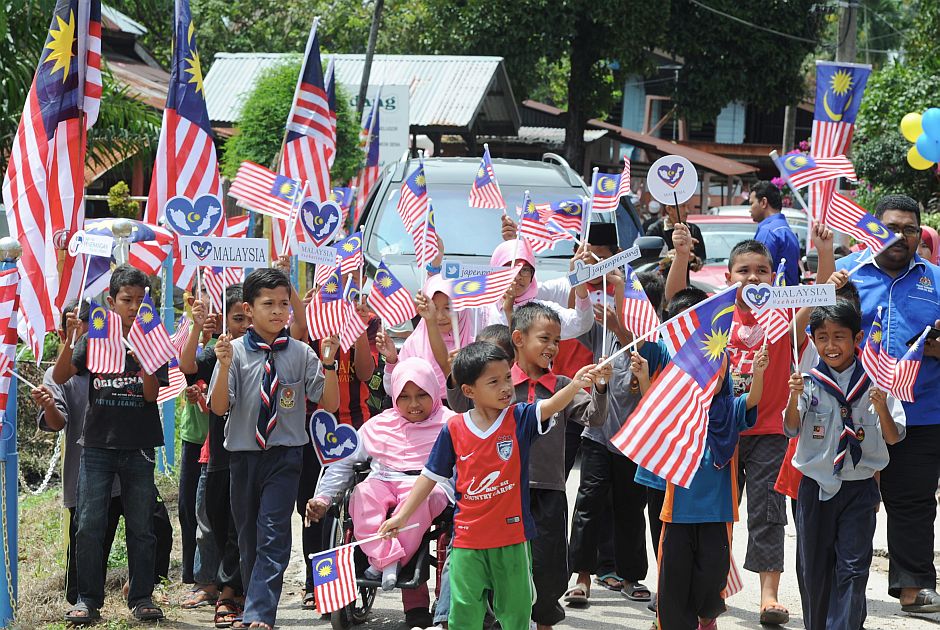 “It would have been a good experience for our boys. We have 12,000 scouts in the schools,” he said.

“Although ‘Bersih’ has a good meaning, it has a negative political connotation in Malaysia and we don’t want the scouts to be exposed to this,” he said.

Malaysian Red Crescent Society Penang branch director Chow Thian Pow said the state had yet to send it a formal invitation to join the parade.

But because of the directive, the society “would have to get its voluntary aid detachment members to form its contingent”, he said.

He said the theme was decided at last week’s state executive council meeting. 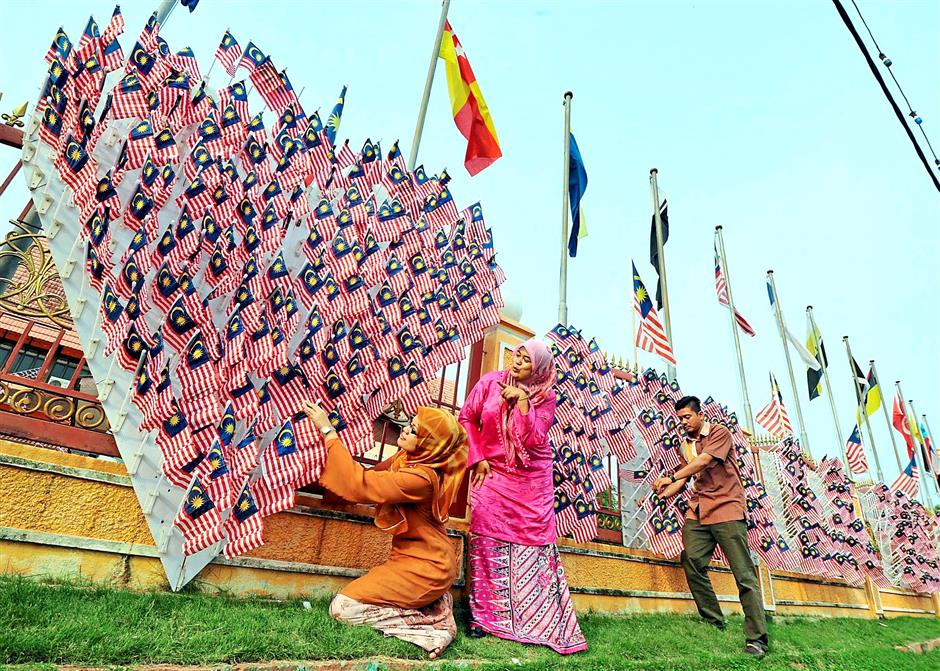 Spreading the love: Employees of the Alor Gajah District and Land Office putting up Jalur Gemilang along the fence of the office in conjunction with the National Day celebration. — A MALEX YA HAYA / The Star

“Please don’t equate the slogan with Bersih 4. For the last seven years, the state has had a different theme from the Federal Government,” he said at a press conference yesterday.

However, a check on the Internet showed that the state only started having its own theme from 2012.

That was when the Federal Government chose Janji Ditepati as the slogan, which the Penang government saw as a Barisan Nasional war cry and went with Sebangsa, Senegara, Sejiwa (One Nation, One Country, One Soul) instead.

Chief Minister Lim Guan Eng, who is on a working visit to Hong Kong, sent a text message yesterday saying the state would stick to Bersih, Cekap, Amanah.

“The state secretary will inform the Education Ministry. If they ban, we will pursue further,” he texted.

He said only one theme should be used nationwide for the National Day celebration.

“We are citizens of Malaysia. We shouldn’t be fighting over this.

“The Merdeka parade trophy for top school band has been there for almost 10 years and we are gunning to win it,” one principal said, asking for anonymity.

Another, who also asked not to be named, expressed doubt that parents would allow their children to take part now that the celebration was being politicised.

Last year’s parade in Penang was marred when more than 150 Penang Voluntary Patrol members were arrested and the security organisation declared illegal.