KUALA LUMPUR: A total of 18 people have been arrested over two days in connection with the theft and subsequent riots near Low Yat Plaza.

City police chief Comm Datuk Tajuddin Md Isa (pic) said those arrested were aged between 16 and 40, including the man who was suspected of stealing a mobile phone at the shopping complex on Saturday.

"Those arrested were connected to four cases.

"There are cases of theft and riot on Saturday and two cases of rioting with weapons on Sunday night," he told a press conference on Monday.

He also refuted claims that the main suspect in the theft case was actually a victim of fraud, whereby he was sold a clone phone.

"It is also not true that the same suspect is a son of a policeman.

"There are too many rumours and false news in social media. This is one of the reason violence escalated last night and early this morning," he said.

Comm Tajuddin confirmed that the main investigation was focused on theft of a mobile phone and it was not racially motivated.

"I hope all social media users can think rationally and not be influence by unverified news and information," he said.

He also assured the public that police presence would be beefed up to maintain order near the Low Yat area.

"We have things under controlled.

"People are safe to go to the area," he said.

Comm Tajuddin said police would be monitoring social media and did not rule out action against those who spread false news and incite hatred among the people. 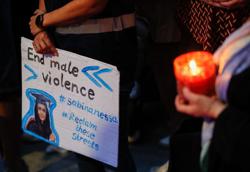