Clear the air on what to wear, govt told 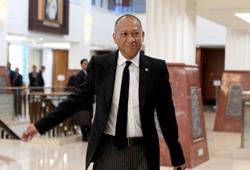 PETALING JAYA: The Chief Secretary to the Government should issue clear directives regarding dress codes and its enforcement at government offices and agencies, said G25 coordinator Datuk Noor Farida Ariffin.

"There is no legal basis for the imposition of dress codes on the public whom they are serving.

"We agree with Tun Dr Mahathir Mohamad that dress codes should be applied to the staff of departments and agencies and not members of the public," said Noor Farida.

On Thursday, Dr Mahathir reportedly said that dress codes were an office matter, that it was the right of an individual to wear shorts in public and should be allowed to enter government facilities like a hospital as long as they weren't naked.

Noor Farida added that G25 felt it was inappropriate for security guards at government agencies or other places to enforce dress codes at their whims and fancy.

"If they are doing this on their own initiative from a misplaced sense of moral indignation that their religious sensibilities have been violated, they should be taken to task by their department heads.

"They should learn to respect other races and other cultures. Dresses with hemlines above the knee are perfectly respectable in non-Muslim cultures," said Noor Farida.

G25, a group comprising of former high-ranking civil servants and diplomats, gained recognition for its moderate stance on Islam and race relations in Malaysia.

"Shouldn't the Cabinet be discussing this at their weekly meetings? It's embarrassing for the government for this issue to be cropping up ever so often.

"Either do away with such regulations or have a common reasonable code for all government departments," she said.

The issue of dressing went public after several women were asked to cover their legs before entering government premises such as the Balik Pulau court complex, the Selangor state secretariat building, the Sungai Buloh hospital and the Gombak Road Transport Department (JPJ).

The women were asked to wear a sarong by the security guards or were not allowed in.

In a latest case, businessman Wilson Ng, who had gone to pick up his luggage which he had accidentally left at the baggage carousel at the KL International Airport, was told to go back home and change the short pants he was wearing. 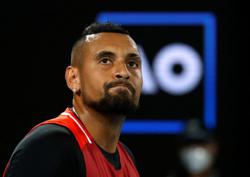