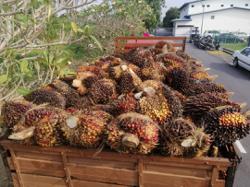 ALOR GAJAH: Work to retrieve the last of three bodies at the site of a building proceeded late into the evening following the collapse of an upper floor that was being constructed. The accident left three foreign workers killed and six others seriously injured.

The victims were among 19 workers who were at the mezzanine floor of a nearly completed shopping complex at Pulau Sebang here, just 50m from the Negri Sembilan town of Tampin.

The whole floor was said to have crashed after workers removed part of the steel support.

He said there were initial fears of many being trapped under the debris. 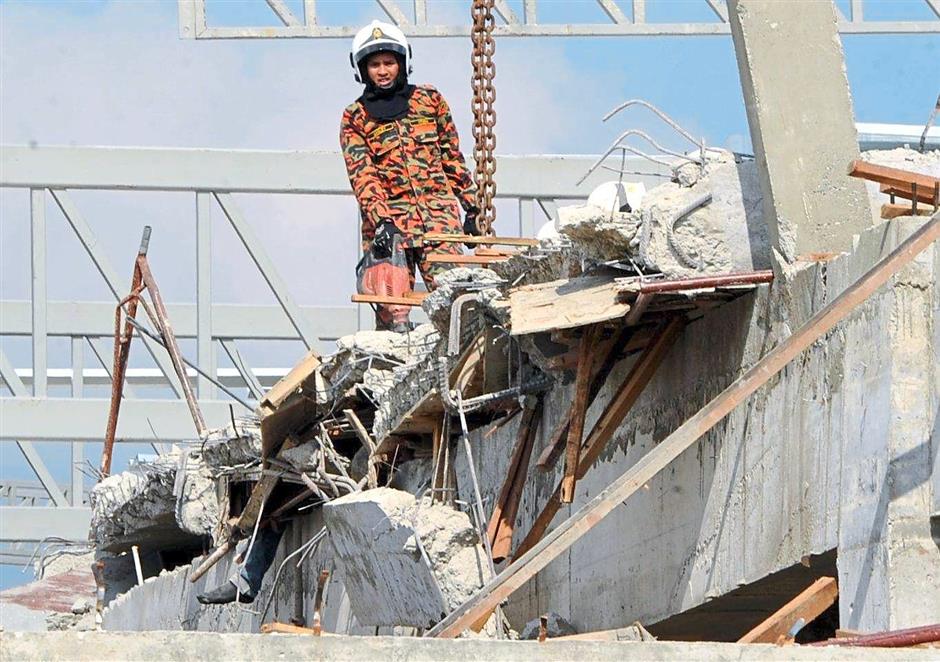 “We find that only a few were affected,” he said at the scene, adding that the injured were rushed to Tampin Hospital and Malacca Hospital.

At press time, the victims, mostly Myanmars, remained unidentified as rescue workers attempted to retrieve the third body, which was buried deep inside the rubble.

“The work could go on late into the night as the mound of concrete slabs needs to be removed before the body can be retrieved,” said DCP Chuah.

He added that the cause of the collapse had yet to be determined.

Earlier, workers from the State Fire and Rescue Department and their counterparts from Negri Sembilan were seen rushing to rescue victims from the pile of concrete slabs.

Joining in the operation was a SMART team from Putrajaya, which was armed with telescopic search equipment and scanners. Building tragedy: Workers and members of a rescue team trying to remove debris in their bid to save several workers trapped under a collapsed part of a shopping complex still being constructed at Pulau Sebang at the border of Alor Gajah and Tampin. Three people were killed while six others were seriously hurt in the incident.

They were seen entering the scene at about 5pm with a canine unit.

Workers from Malacca’s Civil Defence Department were put on standby at the scene.

He added that 78 workers were at the scene to rescue those trapped.