KUNDASANG: Most of the 17 people who are still missing on Mount Kinabalu after Friday’s 5.9-magnitude quake are Singaporeans and Malaysians.

Ranau district police chief Dep Supt Farhan Lee Abdullah said eight Singaporeans and six Malaysians were among those who have yet to be accounted for.

Others missing were a national each from China, the Philippines and Japan, he told the media at the Kinabalu Park headquarters here Saturday.

He said the missing Singaporeans were among a group of 40 from the Tanjung Katong primary school who had been trekking along the Via Ferrata when the earthquake shook the mountain at about 7.15am on Friday. The search and rescue team at Timpohon gate in Kinabalu Park.

He said the Malaysians who were missing comprised three climbers as well as two staff members of Mountain Torq, which operated the Via Ferrata, and a mountain guide.

Ferhan said the bodies of Singaporean student Peony Wee Ying Ping, 12, and mountain guide Robbie Sapinggi, 30 of Kampung Kiau had been brought down.

He said the bodies were taken to the Queen Elizabeth hospital in Kota Kinabalu for the post mortem.

The current search and rescue operation involved 48 members of SMART and the Fire and Rescue Department’s STORM, who will trek nearly 7kms from the Timpohon gate at the base of the mountain. 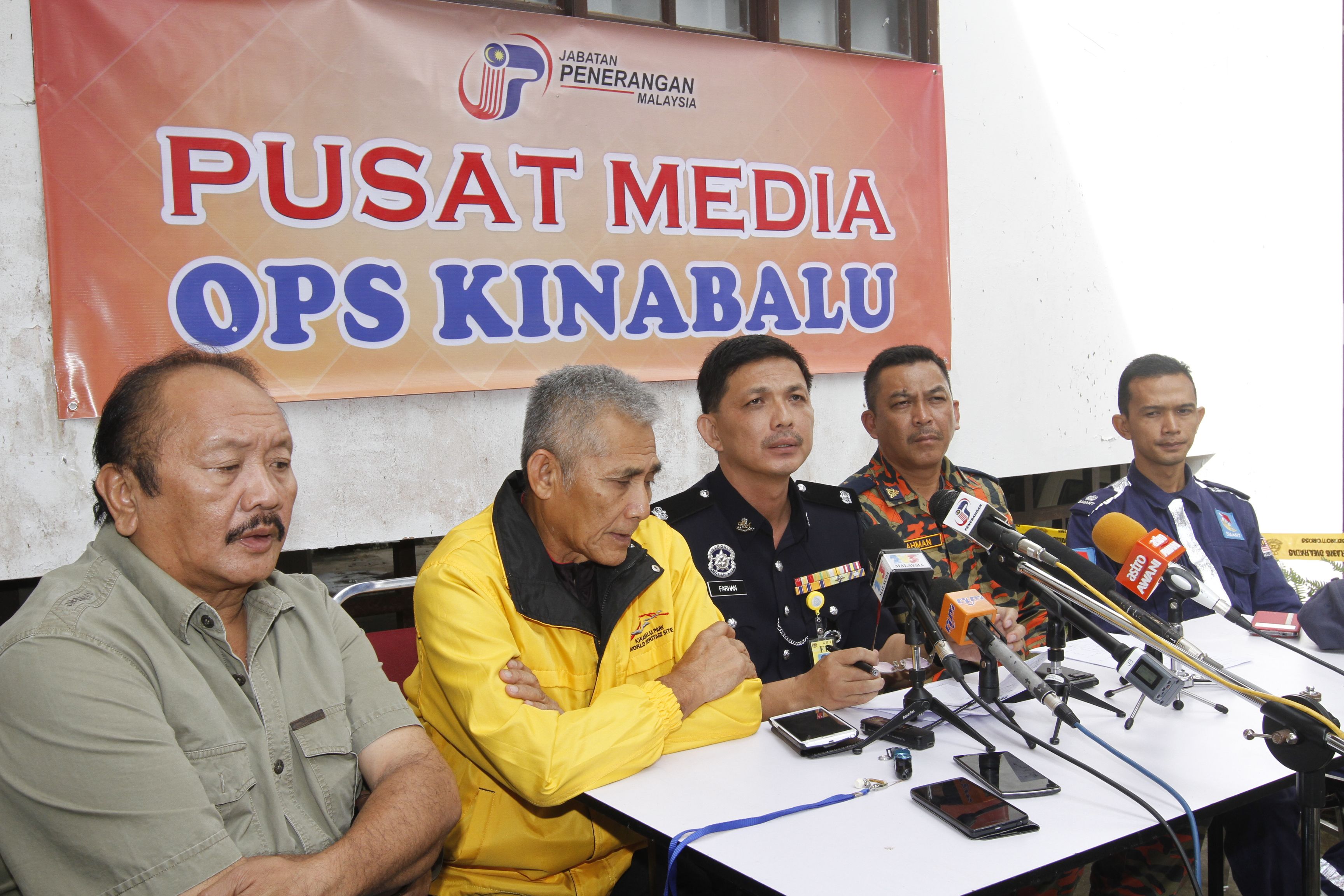 He said about a dozen SMART personnel would also be dropped by helicopters at the search area.

Asked about the chances of finding the missing alive, Farhan said: “We can only pray for the best.”

He said they hoped to find those missing by Saturday and wind up the search and rescue operation.

“We will continue the search until everyone has been accounted for,” Farhan added.