By KEMALIA OTHMAN and HANIS ZAINAL 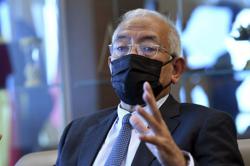 A file pic of Imperial College against the London skyline.

PETALING JAYA: The Malaysian student in London convicted of being in possession of extreme pornographic images and videos of children will be given a chance to continue his studies once he returns home.

Majlis Amanah Rakyat (Mara) council member, Nazir Hussin Akhtar Hussin told mStar that the offer was a second chance and a show of support for Imperial College student Nur Fitri Azmeer Nordin, 23, to continue his education in any Mara institution in Malaysia.

"In unofficial discussions, council members and the Mara chairman have agreed to give him a second chance after he serves his sentence.

"We will support him in any way possible to help him rebuild his character and one way is to give him a chance to study in any Mara institution," he added.

However, Nazir said the second chance was not only extended to Nur Fitri but also other exemplary students sponsored by Mara that face the same fate.

"Any individual who repents for a mistake should be given a second chance after being punished especially among gifted students who can become national assets," he said.

He claimed prison officials had reported good conduct by Nur Fitri until his sentence was reduced, thereby justifying their decision to give him a second chance.

"He is a smart student and it is a pity to waste someone who can be an asset to the country," he said.

The British police were reportedly shocked upon discovering the smut terming it the "most extreme material" they have come across.

Nur Fitri was busted in his bedroom in Queensborough Terrace where they found him on his laptop, sitting next to a life-sized mannequin of a boy.

He had 601 videos and images belonging to category A (abuse involving penetrative sexual activity with children), and thousands of category B and C material.

Mara, however, disputed British media reports that he was jailed for five years, claiming that it was just a nine-month sentence and could be deported in the next three to four weeks.

The sentence was backdated to November when he was first arrested, meaning he only had to spend another four months in jail.

Based on Visa and Immigration laws in the United Kingdom, a person who has served two-thirds of his prison sentence can be deported back to his country, added Mara.

Meanwhile, many Malaysians have expressed little sympathy for Nur Fitri, with a large number posting their views on social media.

“Some people want to further their studies but can’t afford (to). This idiot gets a scholarship and look (at) what he does,” said Facebook user, Mark David, while Loh Cecilia Vesuvianite wrote: “Might as well study loan (be) given to those who really had the intention to study.”

Yeoh Win Son also suggested that Mara tighten the loan interview procedures to ensure that case like Nur Fitri’s do not reoccur. 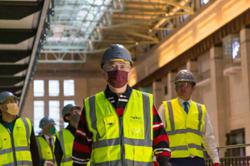 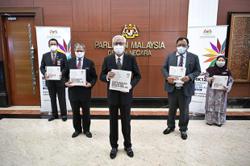