"I consider him to be a highly capable man who has done much for his party and the nation. When he was our Ambassador in Washington, he played a vital role in building relations with the United States and he shared his opinion and advice with me.

"His loss is a terrible tragedy to the nation, and I am very sad over what has happened," said Najib during a visit to the crash site in Kajang.

Jamaluddin was Malaysia's Ambassador to the United States from 2009 to 2012.

Najib said Jamaluddin's death was a great loss to him and his family.

"Jamaluddin was an old university friend of mine, and our political careers were closely intertwined," he said adding that Jamaluddin helped him as an adviser at the Prime Minister's Department.

Jamaluddin and Datuk Seri Azlin Alias, the private secretary at the Prime Minister's Office, were among six killed when the helicopter they were in crashed at rubber plantation near Kampung Sungai Pening in Semenyih, Kajang.

The helicopter was enroute to Subang from Kuantan.

Najib also spoke of Azlin, saying that he had a close working relationship when Azlin was private secretary.

"He had agreed to leave his career in the corporate world to serve the government in a form of national service. Azlin was dedicated, trustworthy and liked by all. His death is a profound loss for me. He has helped me with many important government matters," said Najib.

Azlin was previously director of the Economics Division at the Prime Minister's Department.

Najib said Azlin and Jamaluddin were examples to follow.

"We must follow their example so we can be more united and close ranks to continue our struggle and service to the nation," said Najib.

Najib added that the investigation into the crash would be thorough. 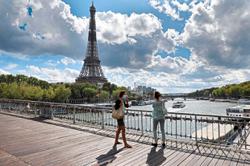