Felcra: MyEG fee worth the service it provides 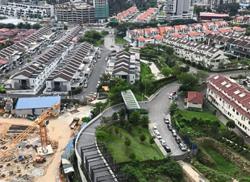 KUALA LUMPUR: Felcra said the service provided by MyEG for the renewal of foreign worker temporary permits is worth the fee charged by the concession holder.

Felcra CEO Datuk Ramlee Abu Bakar said the charge was small compared to the hassle one had to go through previously.

“With the new system, one can renew the permit of a foreign worker at home or in the office without having to visit the immigration office.

“This will definitely save the employer time and money,” he said in a press conference yesterday.

Ramlee added that as a company with some 12,000 foreign workers in 1,600 projects, Felcra found the online service provided by MyEG beneficial because it previously took three to four days to renew permits.

“With the service provided, it takes only two days now,” he said, adding that a lot of hassle was avoided and time saved.

However, Ramlee hinted that it would be good if MyEG could consider lowering the fee or offering bulk discounts, because it would have a huge volume of business in time to come.