Cage farming trend is in

Fresh catch: A worker showing one of the varieties of fish farmed using the sustainable method. — Bernama

LANGKAWI: The demand for seafood is expected to rise in tandem with the increase in world population.

However, it may not be possible to meet the demand as marine resources are increasingly being depleted due to large-scale fishing using technology and giant nets. Fishermen worldwide are already seeing their catch decreasing.

World Wildlife Fund (WWF) anticipates that if the large-scale fishing continues, the world’s fishery resources will be depleted by 2030.

However, many nations are trying to reverse this trend. And one country in the forefront is Norway, which boasts a successful salmon cage farming industry.

Norway is today the biggest salmon exporter and has proven to the world that high technology marine fish culture is the best way forward in reversing the depletion of fishery resources.

And Malaysia is not far behind in addressing the problem. The marine fish culture using the open sea cage farming method at Pulau Simpang Tiga in Langkawi is a pri­vate undertaking led by Aquagrow Corporation.

Its CEO Mohamed Razali Moha­med (pic) said the company applied the same techniques used in Norway in its operation which started three years ago. 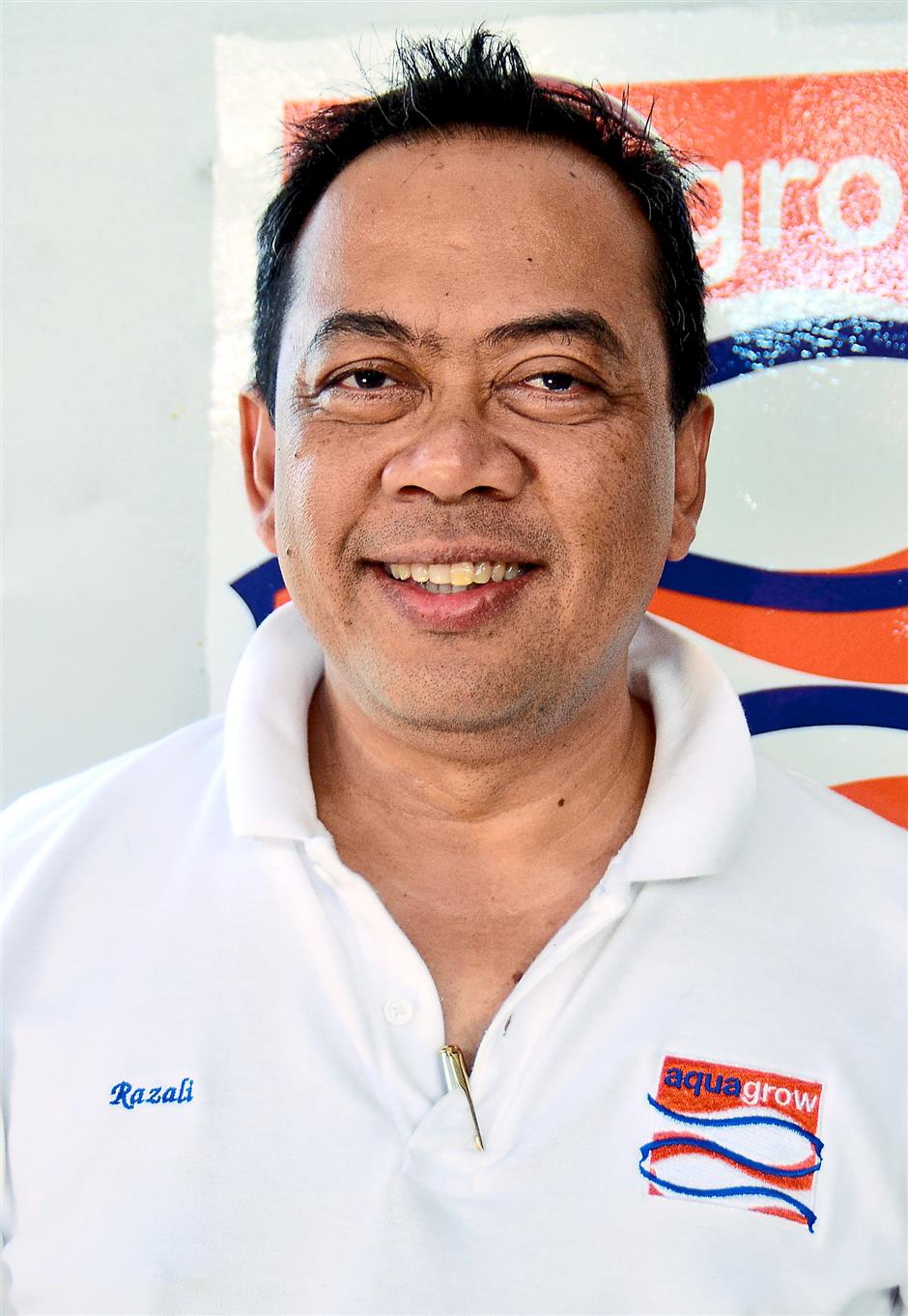 Under the cooperation between the Fisheries Department and the Norway government, fish cages made from high-density polyethy­lene (HDPE), are brought in from Norway. So far, there are 18 HDPE cages being used to breed Crimson Snapper (Ikan Merah), Barramundi (Siakap), and two types of groupers – Tiger Grouper (Kerapu Hari­mau) and Grouper Spp (Kerapu Kertang).

Each cage could accommodate 40,000 fishes weighing up to a kilogramme each, he told Bernama during a visit to the marine culture site recently.

“This is important in keeping up with countries like Thailand, Vietnam and Indonesia that are far ahead in marine fish culture,” Mohamed Razali said. High-tech nursery: The incubator at the nursery in Bukit Malut, Langkawi, where fish spawn is hatched.

Before the fish are released into cages placed in the open sea, the fish eggs are hatched at the incubator nursery centre in Bukit Malut.

“Maintaining the correct para­meters during the initial stages is crucial to allow the fish fry to grow fast,” he said.

When the fries are one month old, they will be transferred to a nursery and fed with food pellets for two months until they reach 4cm.

They will then be transferred to the HDPE cages and fed with pellets until they reach the re­­quired size to be marketed locally and overseas.

The fishes are now exported to Singapore, Hong Kong and China while the processed fish fillet are exported to Australia, Europe and the United States.

Apart from Langkawi, Aqua­grow also introduced the cage system in Tok Bali, Kelantan, last year and the next location will be Pulau Perhentian off Terengganu.

“We are producing good quality fish that meet the taste of foreign markets. Local entrepreneurs should capitalise on cage farming so that the industry worth billions of ringgit keeps expanding.

“If more entrepreneurs venture into this cage farming, we could create more local experts in the fisheries industry that is now de­­pendent on foreign expertise,” said Mohamed Razali whose em­­ployees come from Australia, the Philippines, France, and Vietnam.

“Apart from that, if the industry expands, the cages will become cheaper, the fish processing centres will increase and more people will be able to afford fish bred through this method.”

To generate more entrepreneurs in the fishing industry, Aquagrow has made training new entrepreneurs as its corporate social responsibility.

The entrepreneur training programme is expected to start early next year with six local entrepreneurs from Langkawi.

They will be trained on the cage farming method in open sea. When the fry grow to the required size, Aquagrow will buy and market the fish.

“We will train them until they acquire all the skills,” Mohamed Razali said.