PETALING JAYA: The MH370 tragedy, which took the lives of 239 passengers in March, was turned into a Halloween joke by certain insensitive quarters, resulting in the ire of netizens.

A search for #flightmh370 on Instagram and Twitter by The Star Online on Sunday, showed at least six individuals who made Halloween costumes related to the tragedy. A duo dressing up as a Malaysia Airlines plane

Instagram user, nystone01, had uploaded a picture of three zombie-like individuals in cheongsams, while showing off their cabin crew identification cards, bearing the Malaysian Airlines logo.

The picture was accompanied with a hashtags such as 'something wrong’, 'Malaysianairlines', and 'flightmh370'.

An instagram user, Maylimchinai commented on the image and said that it was disrespectful and wrote, "our country is still hurting from the missing flight, but you seem to think it is okay to make fun and publicise it to the world."

The same user later took a screen shot of the image and shared it on Facebook, in turn getting the attention of more Malaysians who seemed disappointed by the act. 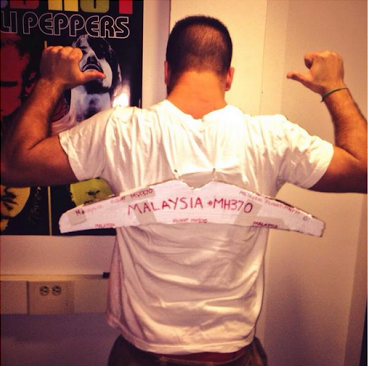 A man showing off wings from a Malaysia Airlines MH370

Facebook user, Sash KG wrote, "With acts like these, we witness humanity dying bit by bit every day."

While Sai Janane Barnee said "This is so pathetic. How heartless of them to do this.”

A look through the comments section for the screen capture of the image on Facebook showed that the image was later taken down by the instagram user, and that there were many other of such inconsiderate individuals who made it into Buzzfeed for their brilliant costume ideas.

It was also found that the individuals who posted these pictures were not Malaysians. 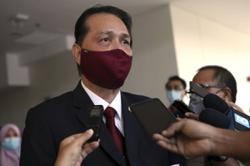