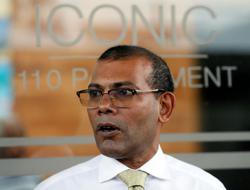 KUALA LUMPUR: At least 14 people, including two women, were injured after a grenade exploded in front of the Sun Complex in Jalan Bukit Bintang here on Thursday.

Police said they received information of the blast outside a pub at about 4.30am. Four cars were damaged in the explosion.

It is learnt that the explosion came from underneath a car that was parked in the area. Another unexploded device, also believed to be a grenade, was found underneath another car, a Toyota Camry.

It is learnt that two explosive objects were thrown at the scene from the second floor of a building.

The injured, ages between 22 and 40, have been sent to Hospital Kuala Lumpur and the nearby Tung Shin Hospital. A car jockey is said to have been warded at the intensive care unit.

The cars that were damaged by the explosion included a Toyota Vellfire, Camry, Mazda and a BMW 5 series.