"We condemn the irresponsible act of Alvin Tan on FB and find his actions distasteful," he said in a brief statement on MCMC's Facebook page on Wednesday.

"We have made a complaint to FB and have requested FB to immediately remove the page as we believe it is also against their terms and conditions of service," he said.

He also issued a reminder to the public to refrain from sharing sensitive contents which may offend others.

Tan and his then girlfriend Vivian Lee were slapped with multiple charges over their now-defunct Sumptuous Erotica sex blog and their controversial "Ramadan greeting" involving a pork dish "bak kut teh".

Tan and Lee regained temporary possession of their passports on May 18, but only Lee showed up on June 3 to return it.

The Sessions Court has issued a warrant of arrest for Tan and forfeited his RM20,000 bail after he failed to return his passport on Aug 22.

Tan has since resurfaced and is reportedly seeking political asylum in the United States.

He had also took to Facebook to vent his woes against the Malaysian government. 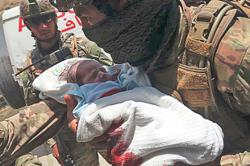