INCHEON: Wushu exponent Tai Cheau Xuen, who delivered Malaysia’s first gold medal at the 17th Asian Games here, has failed a dope test and will be stripped of her medal, according to the Olympic Council of Asia (OCA) – but Malaysia is not about to return the medal without a fight.

Malaysian officials feel there is something wrong with the chain of custody and that the sample took too long to get to the nearby doping centre. They believe it could have been tampered with.

The 23-year-old Tai was declared to have tested positive for the stimulant sibutramine after winning the women’s nanquan and nandao all-round event on Sept 20.

Sibutramine is an ingredient widely used as a dietary supplement to control weight, but it is banned in many countries as it can cause heart attack and stroke.

The OCA said in a statement yesterday that Tai will have to return her gold medal.

“The competitor has been disqualified from the competition as well as these Games, and as such, her accreditation is cancelled and her medal withdrawn,” said the OCA statement.

Malaysian chef de mission Datuk Danyal Balagopal Abdullah said they would take the case to the Court of Arbitration for Sport (CAS) in Lausanne, Switzerland, once they received the official notification.

If the decision stands, Tai will become the first Malaysian medal winner to be caught for doping in the Asiad.

Tai is the third athlete at this Games to test positive for drugs after footballer Khurshed Beknazarov of Tajikistan and Cambodian soft tennis player Yi Sophany. The 19-year-old Yi was also found to have taken sibutramine.

Tai is not the first Malaysian athlete in Asiad history to be caught for doping. In Busan in 2002, three sepak takraw players were sent home after testing positive for morphine.

The other major occasion when Malaysia lost a gold medal in a multi-sports event was at the 2011 SEA Games in Indonesia.

Then, the national men’s 4x400m relay team were stripped of their gold after sprinter Yunus Lasaleh was tested positive for a banned substance.

We will not return medal, says team leader 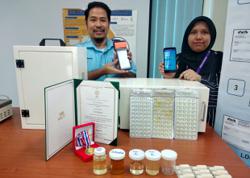