However, he gave his assurance that the Health Department will monitor closely for the virus and that the people need not panic following the report that a foreign student at a private institution of higher learning is being quarantined at the SarawaK General Hospital (HUS).

Noor Hisham said the student from Zimbabwe was already in Malaysia since February and was quarantined for fever, sore throat and cough since Sept 13.

"This is a standard operating procedure where hospital staff are taking precautions.

"The student has no history of international travel records or came into contact with an Ebola patient in the past 21 days before showing the symptoms," he said.

He also stressed that if there was an Ebola case in Malaysia, the ministry will be the first to announce it and will also inform the World Health Organisation (WHO).

Noor Hisham also said for the time being, Zimbabwe is not listed as an Ebola infected country.

A 24-year-old Zimbabwean student sought treatment at a private hospital here after suffering from fever and cough before being quarantined at HUS yesterday for fear of being infected with Ebola virus.

The Ebola haemorrhagic fever has a high rate of fatality and can infect humans as well as primates such as monkeys.

Since March 2014, WHO has announced the Ebola outbreak involved four West African countries such as Guinea, Liberia, Sierra Leone and Nigeria. 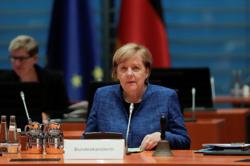