Immigration officer on the run

KUALA LUMPUR: An Immigration officer and his former colleague are on the run after police crippled a syndicate that forged documents for tens of thousands of passports and cheated companies of millions of ringgit by processing fake foreign worker permits.

The syndicate, believed to have been active for a year, was crippled when police arrested its 44-year-old mastermind and nine others, including two foreign women, said Bukit Aman Commercial Crime Investigations Department deputy director (intelligence and operations) Senior Asst Comm Datuk Jalil Hassan.

“Police are now looking for the Immigration officer and his former colleague,” added SAC Jalil during a press conference at the Commercial Crime Investigation Department headquarters in Bukit Perdana here yesterday.

The syndicate forged documents for use as visas, permits, passes and certificates.

The 10 suspects, aged between 28 and 56, were picked up from seven locations in the Klang Valley during a 24-hour operation, named Ops Levy. It was conducted on Sunday by the Bukit Aman Commercial Crime Investigations Department.

SAC Jalil said the modus operandi of the group was to offer their services to process permits for foreign workers to the companies in the Klang Valley, Perak, Johor and Pahang.

“After they have received the levy payments from the companies, they forge the approval documents using fake stamps, stickers and signatures,” he said, adding that the companies only realised that they were duped when they made payments to renew their workers’ permits.

The syndicate, said SAC Jalil, had roped in Immigration officers to convince their victims.

“Each client is charged between RM1,500 and RM3,000 for levy as well as service charges for a single passport,” he said.

He added that eight companies had lodged police reports after being cheated of an estimated RM1.14mil by the syndicate.

SAC Jalil said police were still investigating whether there were other suspects involved in the group.

The case is being investigated under Section 420 of the Penal Code for cheating and dishonestly inducing delivery of property. 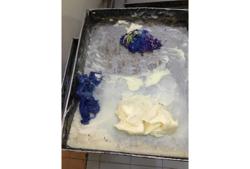