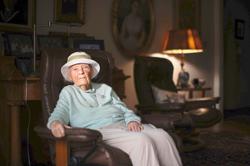 "When Germany whacked Brazil, I unintentionally said something that hurt d feeling of d ppl in Germany.MY SINCEREST APPOLOGY.LONG LIVE BUNG..", the Kinabatangan MP said in a tweet Thursday morning. 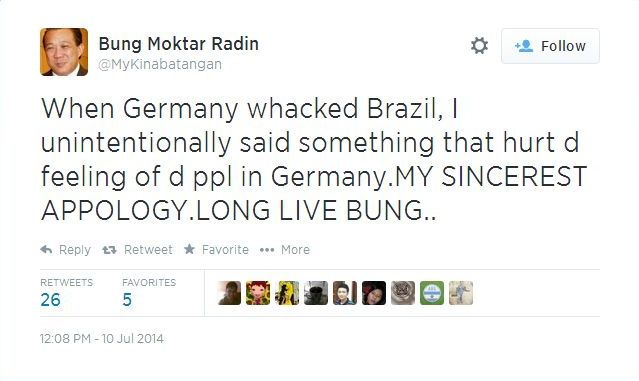 A few minutes later, Prime Minister Datuk Seri Najib Tun Razak responded to the controversy and made three posts on Twitter saying, "The comments made by Datuk Bung Moktar are unacceptable and wrong, and he will withdraw them.

"He does not speak for Malaysia, or for ordinary Malaysians, who understand Europe’s tragic past, and respect its modern unity.

"This should be a time of celebration for Germany, and we wish them all the best in the final," said Najib. 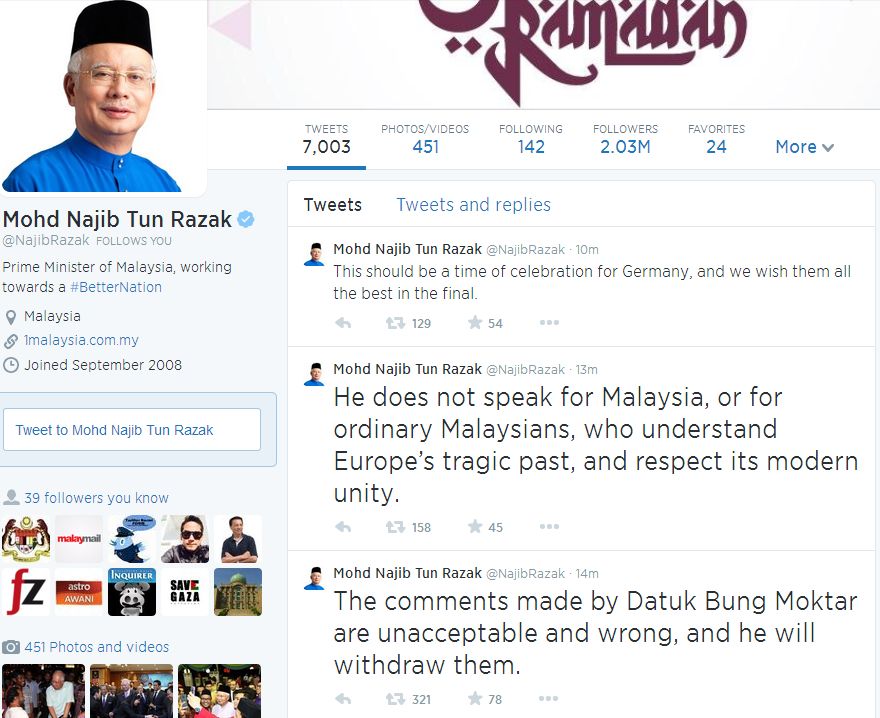 Bung had earlier said his tweet was just for fun and that was not serious about it.

"I think people nowadays should transform their mentality. Whatever I tweet people hit me. They are not hitting me because of Hitler, but because I am Bung Mokhtar," he said.

His tweet made international news and was reported by the BBC, Time and The Washington Post among other news outlets.

Sabah gets first batch of 16,380 Covid-19 vaccine doses
Convening of Parliament is a return to democracy, says James Masing
Drones used in farming to be regulated from March 1
Cops bust motorcycle theft ring with arrest of 16 suspects
Police looking for man wanted for alleged apostasy
Put national interests ahead of power struggles if Parliament is convened, says Umno veep
Ismail Sabri calls for Malay unity, saying GE15 'around the corner'
Govt's Bachelor of Education scholarship applications to open in March
Couple arrested over alleged abuse of Cambodian maid
AgeCOpe appeals for more time for care homes to pre-register for vaccine