All in a day's work: Firemen clearing the debris after the gas explosion while (inset) thick black smoke engulfs Jalan Taiping in Klang.

KLANG: The busy shopping enclave near the Centrepoint Complex here was rocked by a series of explosions when three gas cylinders suddenly blew up.

The cylinders, filled with ethylene gas for use in welding and the shaping and cutting of iron, were being transported in a Toyota Hilux.

No one except for the male driver of the Hilux was injured in the 10.30am mishap, which occurred behind a row of shophouses along Jalan Taiping.

Four other vehicles parked nearby – a lorry, a Proton Wira, a Chevrolet and a Perodua Viva – were badly damaged in the explosion, which also spewed a column of black smoke visible from kilometres away.

A team of six firemen from the Sungai Pinang station rushed to the scene and managed to put out the fire and clear the debris two hours later. 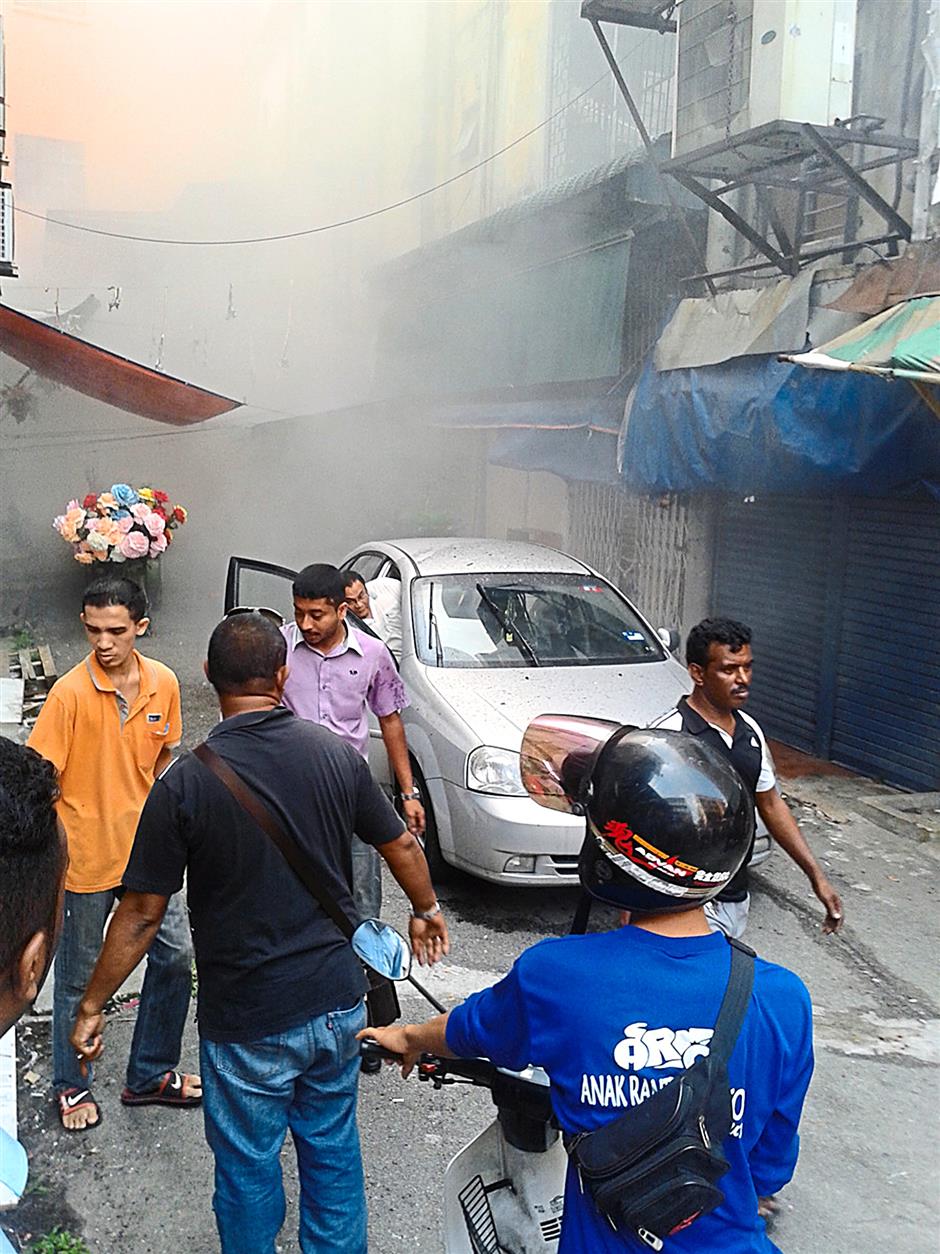 According to the station’s duty officer Maulud Bedul, forensic investigation indicated that there had been a leakage from one of the cylinders.

“We inspected one of the CCTVs installed in the area and saw that the driver had stopped the car for a while. The explosion happened when he started driving again,” said Maulud, adding that the car’s engine was left running all the time.

“The driver might have been smoking, thus triggering the explosion,” he added.