By Tan Sin Chow
GEORGE TOWN: A Chinese funeral was interrupted when Penang Islamic Religious Department officers appeared at an apartment in Macallum Street to "claim" the remains of the deceased. 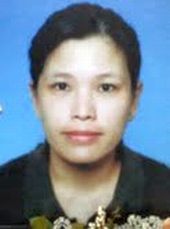 Family members and relatives were stunned when the officers arrived at about noon while the funeral rites were being conducted. The funeral procession was scheduled for later in the day.

After several hours of discussion, Teoh's family allowed the officers to take away the coffin. The coffin was moved into a van belonging to the religious department at about 3.50pm.

It is learnt that the coffin would be taken to the mortuary pending further developments.

The family members said they would pursue the matter in the court.

It was reported that Teoh had fallen to her death from an apartment block on Saturday.

The woman, who worked as a waitress, has a Muslim boyfriend.