KUALA LUMPUR: Giant pandas Fu Wa and Feng Yi have arrived at their new home in Zoo Negara at around 10am Wednesday.

The pair, who arrived at the MASKargo Complex at KLIA at 8am, following an overnight flight from Chengdu, China, were welcome by a team of about 40 Zoo Negara staff and two people dressed in panda costumes.

A group of schoolchildren were also present, chanting the names of the pandas.

“I like Feng Yi because I think she's cuter,” said one schoolgirl, while another quiped that she liked both of the pandas equally.

Junaidi Bin Omar from Zoo Negara's education department said that everyone is overjoyed about the arrival of the pandas. The truck arriving at Zoo Negara

“We have everything ready, even their favourite bamboo which is the madu, pagar and betong bamboo,” said Junaidi.

The truck driver transporting one of the pandas, who requested to be quoted as Ibrahim, said that the journey to Zoo Negara was long but smooth.

“This is not my first time transporting animals. I have done this many times,” said Ibrahim, who works with Perhilitan.

“But this is my first time transporting pandas. My truck was quite heavy from the weight of the panda, so I had to drive slower,” he added.

Fu Wa and Feng Yi are expected to be quarantined for a month at the Giant Panda Conservation and Exhibition Centre before being displayed to the public.

The 1.6ha panda complex has enclosures with steep terrain, wooden playgrounds and ice blocks that mimic their natural environment.

The pandas' new names are set to be announced by Prime Minister Datuk Seri Najib Tun Razak during the grand opening of the enclosure at the end of June, Natural Resources and Environment Minister Datuk Seri G. Palanivel revealed, adding that he expects over 1000 people to attend the opening. 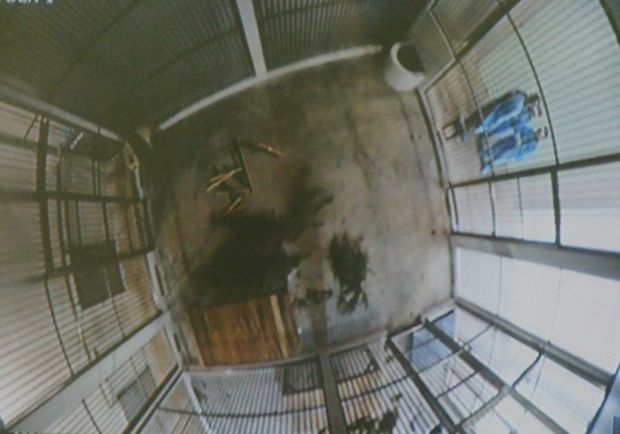 Huang was speaking at an early morning press conference at the Animal Hotel, MASKargo, Sepang on before the arrival of the pandas.

On June 15, 2012, the Malaysian and Chinese governments signed a deal for Feng Yi and Fu Wa to be loaned to Malaysia for 10 years to mark the 40th anniversary of diplomatic ties between the two countries this year.