PETALING JAYA: Don’t be surprised when you run into a guide dog wearing a vest telling people not to feed it or pat it in public spaces.

That’s probably a guide dog for the blind, Lashawn Chan, which started guiding Stevens Chan, the founder and CEO of the Malaysian chapter of social business enterprise Dialogue in the Dark, since its arrival from China three weeks ago.

Chan, 52, who lost his sight to glaucoma seven years ago, said guide dogs should not be patted or fed because they were working dogs.

“You must not touch or feed a guide dog when it’s on duty because the act will only distract it,” he said.

Lashawn was brought here under the Dogs for Sight (DFS) campaign by the Save One’s Sight Mission (SOSM) and Glaucoma Society Malaysia (GSM), of which Chan is also the founder and CEO.

DFS, he said, planned to push for guide dogs to be allowed in public facilities such as trains and hotels so that more of this canine help could be brought in to Malaysia.

“We have already secured five dogs, including their training, at a cost of RM250,000 from the Nanjing Police Academy in China,” he said. adding that two of the dogs could arrive next year. 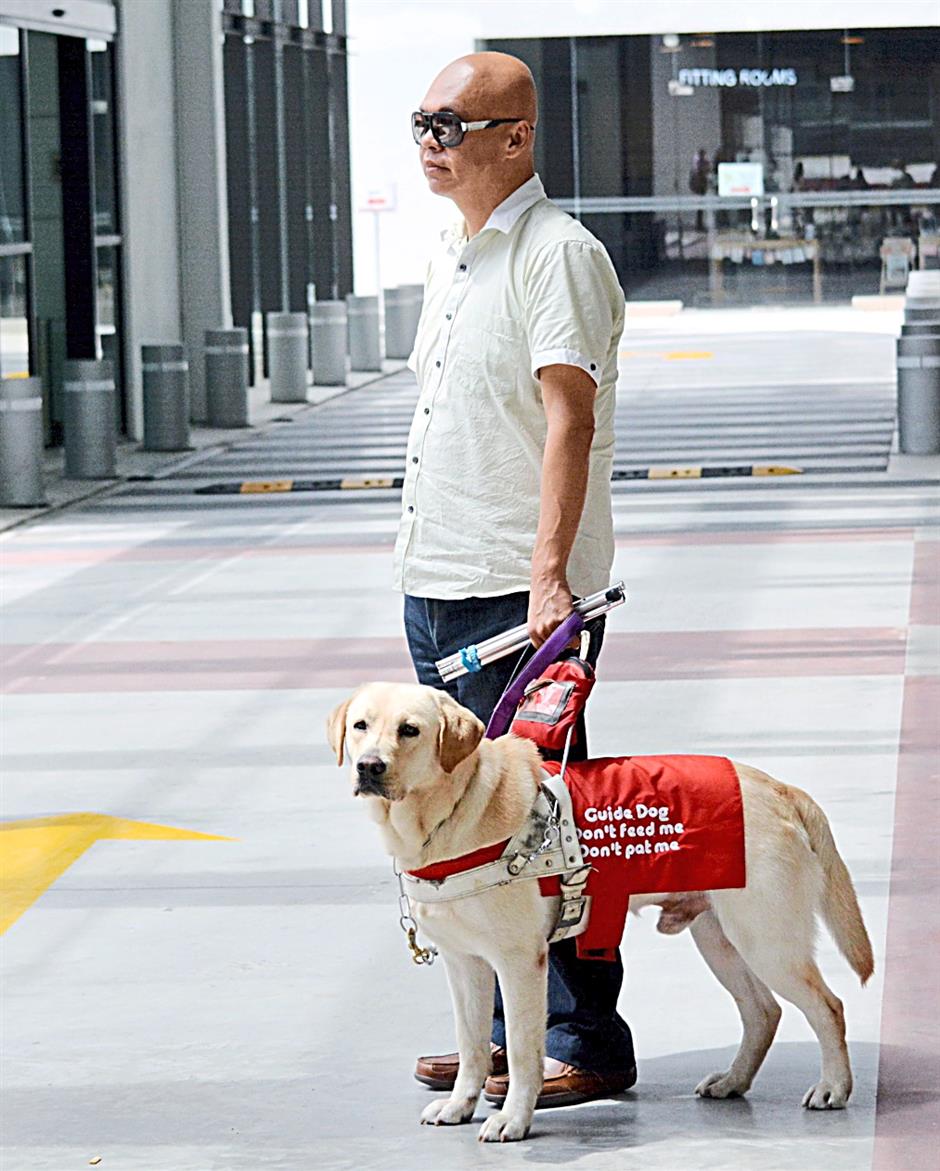 Man’s best friend: Chan and Lashawn at the DFS campaign launch at Jaya One, Petaling Jaya.

A guide dog had to be trained for at least two years before it was carefully matched with an owner, he said.

Lashawn, a professionally-trained Labrador which hails from a bloodline of service dogs in Nanjing, had some trouble upon arrival in Malaysia.

“When we got to KLIA, we were asked to cage him and quarantine him at the airport for a night,” said Chan’s wife, Kaye, 47.

But since then, Lashawn has settled into his lifelong role and responsibility as a service dog.

Chan was at the launch of a DFS campaign to garner 100,000 signatures with a minimum RM10 donation to raise awareness of guide dogs and funds to help set up a facility to train them in Malaysia.

“We already have some land donated to us in Bentong (Pahang),” said Chan.

At the event at Jaya One here yesterday, Lashawn also gave a demonstration of his guiding capabilities.

Chan and Lashawn will also be visiting schools and various agencies educate the people about the importance of guide dogs.

For more information, go to http://dogsforsight.saveonesight.org/.