Two abducted from resort off Semporna

KOTA KINABALU: A 29-year-old Chinese national and a Filipino resort worker have been abducted from a resort off Semporna.

The Chinese woman from Shanghai, and the 40-year-old Filipino worker at the resort were snatched by as many as six unidentified gunmen at around 10.30pm Wednesday from the Singamata Reef Resort in Semporna.

Malaysian security forces have been put on full alert along its sea borders with southern Philippines.

Sabah police have yet to make an official statement on the incident though Eastern Sabah Security Command (ESSCOM) director general Datuk Mohammad Mentek has confirmed the kidnapping. 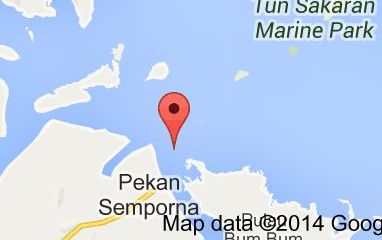 Details remain sketchy, though it is believed that tourist was taking a bath in her room when the gunmen forced her out into a boat. It is as yet unclear clear where the resort worker was when she was abducted.

There were about 61 tourists from China at the resort at the time of the incident.

One of the tourists at the resort, a newspaper journalist from China, reported that many of the holidaymakers were in their rooms at various parts of the resort when the incident occurred.

The tourist only came to know of it when the management ordered all guest out of their rooms after police arrived minutes after the gunmen fled with their captives.

“A roll call was done and it was only then did they realise the tourist and a resort worker were missing,” he reported.

On Nov 15 last year, Taiwanese tourist Chang An Wei, 58, was abducted from the Pom Pom Island Resort and Spa, after gunmen barged into a water villa where she and her husband were staying and shot dead her husband Lee Min Hsu, 57.

The gunmen ransacked three of the six villas, including the one occupied by the couple before fleeing into international waters.

Chang was found 36 days later on the southern Philippine island of Jolo.

Militant Abu Sayyaf-linked gunmen have abducted a number of Malaysians and foreigners from various locations in Sabah’s east coast over the past several years and spirited their victims to Jolo.