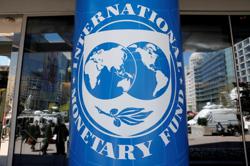 PETALING JAYA: Malaysians have been warned against investing in virtual or Internet money as their savings could be wiped out if the exchange is hacked or runs into financial troubles.

Over the last month, two major Bitcoin exchanges in Japan and Canada have gone offline, filed for bankruptcy or closed down after claiming more than US$500mil (RM1.6bil) in losses due to hacking.

In light of the controversy, Bank Negara has advised the public to be cautious of the risks involved in using digital currency, stressing that Bitcoin is not recognised as legal tender in Malaysia.

“The Central Bank does not regulate the operations of Bitcoin. The value is subject to fluctuations, (hence) the value of the investments may not be preserved,” an official told Sunday Star.

China, Thailand, Vietnam, Indonesia, Germany, France and Russia, have also issued similar warnings or banned the use of virtual currency. In Singapore, there are plans to regulate virtual currency exchanges and vending machines to address concerns that they could be used for money laundering or to fund terrorism activities.

Last week, Bitcoin rolled out its first auto vending machines (AVM) at the Bangsar Shopping Complex in Kuala Lumpur and Gurney Plaza in Penang. Singapore-based Numoni Pte Ltd, which developed and launched the AVMs here, estimated that there were some 2,000 Bitcoin users in Malaysia and was targeting to install 100 Bitcoins AVMs within three years.

Its CEO Norma Sit said that Bitcoins were still in demand despite different countries deliberating its acceptance.

“The AVM lets the public buy small amounts of Bitcoin, which in many countries, is seen as an international voucher that can be used to barter for goods online,” she said.

Bitcoin Malaysia founder Colbert Low said Bitcoin had many unreported successes but was unfairly put in a bad light because of the recent controversy outside of Malaysia.

On March 10, Mt Gox, the world’s biggest Bitcoin exchange filed for bankruptcy protection in the United States, two weeks after its Tokyo-based exchange reportedly took its entire operation offline and filed for bankruptcy in Japan after claiming to have lost around US$500mil (RM1.6bil) to hacking.

Admitting that there were failures in companies and individuals that provided Bitcoin services, Low stressed that the Mt Gox case was “not Bitcoin” but specific to the exchange.

He described Bitcoin as a “building block for the future” and an innovative decentralised payment system software.

“Currency pricing is just one feature.

“Using it as a speculative tool for investment is up to the individual. Due diligence is needed and you cannot blame Bitcoin for losses suffered,” he said, cautioning that like any new technology, there are risks involved and bugs to fix. 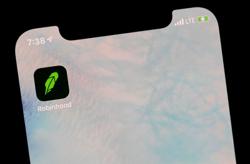