LIGHTS flashing, monster beats pounding and sweaty bodies writhing with their arms in the air – electronic dance music concerts, or rave parties used to be an acquired taste.

Not any more, it turns out – they are very popular and make a lot of money.

The Future Music Festival Asia (FMFA), for one, brought in some 15,000 tourists and an estimated RM52.5mil in tourist dollars last year, said one of its organisers, Iqbal Ameer.

The tragic death of six young concert-goers, allegedly from drug overdose, has marred the festival this year, and the immediate reaction from some factions has been to call for a ban on such concerts. 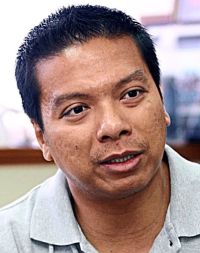 “This is a typical knee-jerk reaction,” says Sepang International Circuit Sdn Bhd chief executive officer Datuk Razlan Razali, who as a former concert promoter knows only too well the problems they face.

“I can’t blame the public (for feeling that way) but I just hope they and the authorities can consider the amount of work and time put in planning some of these live events,” he says.

International concerts in Malaysia are not cheap to organise. They can cost from US$5mil to US$6mil (RM16.5mil to RM19.8mil), and cancellations can ruin the ­organisers.

“It will kill off the industry. Is this what the Government wants to do? If they say that the concert industry is unhealthy, then we can ban them all from now. Don’t let us have concerts at all,” he states.

The fact is the live events industry is one that can and has contri­buted to Malaysia’s economy.

Even the Economic Transforma­tion Programme has earmarked international events as a key contributing segment to Malaysia’s economic growth. The Tourism Ministry subsequently established the International Events Unit (IEU) – as part of its agency that is responsible for strengthening Malaysia’s tourism brand, the Malaysia Convention & Exhibition Bureau (MyCEB) – to drive the country’s growth in the events industry.

Responsible for identifying, attracting and supporting major international events from sports to art and culture, IEU has recognised the potential of international concerts as a tourist drawer and ­revenue earner.

“A major trend worldwide is (to host) large scale music festivals. They are really big right now and we are looking at ways to hold more such events,” IEU general manager Tony Nagamaiah told the local music industry players at the RIM Forum Music recently.

IEU’s task is also to help connect the concert promoters with corporate sponsors.

“The government does not fund the concerts, they just support them,” Nagamaiah explained.

The FMFA and the cancelled “Live in Colour” are two events supported by MyCeb and the Tourism Ministry.

Razlan hopes the authorities can work with the industry players to come up with a workable solution.

“Once things cool down, the stakeholders, from the police and Jakim to Puspal, should sit down and have a proper dialogue with the concert promoters to see the best way to handle this issue,” he says.

Iqbal agrees, saying: “If a blanket ban is imposed on all concerts, it will also spin off various losses of income to the industry – production companies, local artists, taxis, hotels, food vendors are all set to lose out.”

Razlan is urging the authorities to avoid generalising the music genres.

“Even for electronic dance music, there is a range – not all are hardcore trance.

“I hope they will not make the conclusion that if it is electronic dance music and there is a DJ performing, it will be a wild drug party. Please talk to the promoters and hear their side before making a decision.”