MALACCA: Did MH370 crash in the Andaman Sea and then drift thousands of kilometres to the southern Indian Ocean?

A Johor housewife has claimed that she saw the stricken Malaysia Airlines plane partly submerged in the waters off the Andaman islands when she was returning to Kuala Lumpur after a pilgrimage to Mecca on March 8.

She said she had taken flight SV2058 that left Jeddah at 3.30am Saudi time (8.30am Malaysian time) and after the plane flew past the southern Indian city of Chennai, she saw something strange in the ocean.

“It looked like an aeroplane,” said the mother of 10.

“Throughout the journey, I was staring out of the window of the aircraft as I couldn’t sleep during the flight.

“It is normal for me to look out of the window if I can’t sleep during a flight. On my first trip to Beijing two years ago, I also stayed awake by looking out the window,” she said. 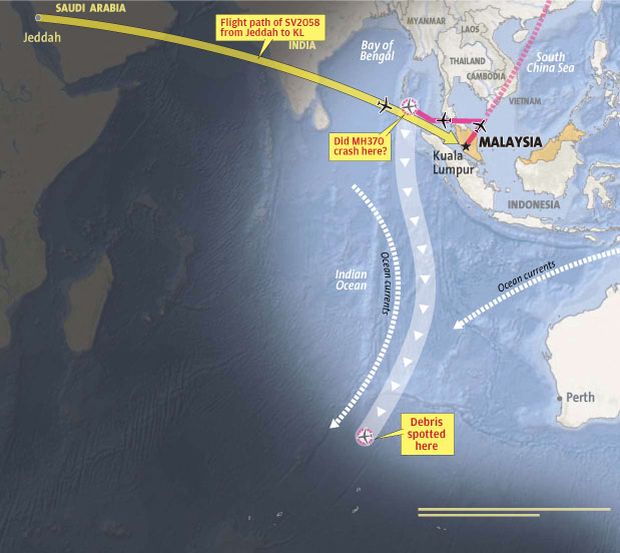 Raja Dalelah, from Kota Tinggi in Johor said the plane she was in was flying over the Indian Ocean when she saw a silvery object on the ocean.

The in-flight monitor in front her showed that the aircraft was crossing the Indian Ocean. The last city on the land mass showed Chennai.

“I had seen several shipping liners and islands from my window earlier. Then, I saw the silvery object.

“I took a closer look and was shocked to see what looked like the tail and wing of an aircraft on the water,” she said.

New evidence: The satellite images of objects that may be possible debris of the missing MH370 found floating in the Indian Ocean. — EPA

Raja Dalelah said she took another look and was sure it was an aircraft in the ocean.

“I woke my friends in the flight but they laughed me off.”

A pilot has also laughed off her claim.

“Along any flight path, especially a long-haul one such as between Jeddah and Kuala Lumpur, the altitude of the plane will be maintained at around 35,000ft once it is in the air,” said the pilot who wished to remain anonymous.

“This is roughly seven miles above sea level. How can anyone see anything like a boat or ship on the ground from so high up?” he questioned.

Raja Dalelah, however, was sticking to her guns. “I know what I saw. I am convinced that I saw the aircraft. And I will not lie. I had just returned from my pilgrimage,” she said.

She said that on March 14, she lodged another police report in Sentul, hoping the Department of Civil Aviation would take her seriously.

She said the aircraft had what looked like floats on its side but a large part of it was under water.

She was also disappointed that when she told an air stewardess about what she had seen, the crew member closed the window and told her to get some sleep.

Raja Dalelah said when she landed at KLIA at 4pm she told her children what she had seen.

“That is when they told me that MH370 had gone missing.

“My son-in-law, a policeman, was convinced that I had seen an aircraft and asked me to lodge a police report the same day at Sentul police headquarters in Kuala Lumpur,” she said.

Raja Dalelah said she did not know the exact spot where but said it was an hour or more out of Chennai, a timeline that would have put her flight just over the Andaman islands.

“My other children were afraid that I could be detained for filing a false report as we were told the aircraft had vanished somewhere in the South China Sea.

“Many of my friends on the flight doubted me at first but they are beginning to believe me now that we know the plane turned back and entered the Indian Ocean,” she added. 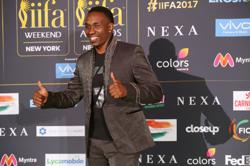 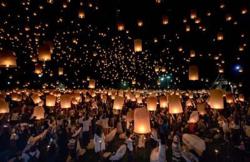 Flights in northern Thailand to be rescheduled during lantern festival