Missing MH370: Strongest lead yet raises a tide of questions

PETALING JAYA: The discovery of debris suspected to be from missing Malaysia Airlines flight MH370 is the strongest lead yet in the search for the missing aircraft, yet raises many questions that beg to be answered.

The Australian Maritime Safety Authority's (Amsa) John Young made the announcement on Thursday, saying they had satellite imagery of debris in the southern Indian Ocean located some 2,500km south-west of Perth, but cautioned that "the images captured by satellite… may not be related to the aircraft."

A CNN report stated that the area was "a remote, rarely travelled expanse of ocean, far from commercial shipping lanes", and raised pertinent questions on the search for MH370.

Here are the questions raised in CNN's report:

When will we know if the debris is from MH370?

John Young, AMSA general manager of emergency response said it would be a lengthy process. AMSA general manager John Young is seen next to an graphic map during a press conference.

"We have to locate it, confirm that it belongs to the aircraft, recover it and then bring it a long way back to Australia, so that could take some time," he said.

Would debris from the plane still float?

Steve Wallace, the US Federal Aviation Administration's (FAA) former director of accident investigation said that if the plane crashed into the water, large pieces would have sunk to the bottom by now.

Pieces of lightweight debris, such as life jackets and seat cushions - and not parts of the aircraft's structure - could remain floating for days.

Could the plane have gone that far?

Mitchell Casado, a 777 flight simulator flight instructor, said that the amount on fuel on board is paramaount.

"As long-range as this aircraft is, it's a long way to any suitable airport out there. There are some small islands, you know, that you could possibly land at, but that would really be pushing the limits of the airplane.

"So I would really be worried about running out of gas. Some planes flew over the area, and a ship went there. What did they find?" he asked. What else could it be, if not the plane?

It could be any big, buoyant object. The objects were spotted in a part of the Indian Ocean known for swirling currents called gyres that can trap all sorts of floating debris.

It could simply be a shipping container that fell off a passing cargo vessel, though doubtful as the area is not near commercial shipping lanes. Furthermore, the larger object, at an estimated 79 feet (24 meters), would seem to be nearly twice as long as standard shipping containers.

Would its location yield clues as to what happened on the flight?

According to Robert Goyer, editor-in-chief of Flying magazine and a commercial jet-rated pilot, it would.

"The spot where searchers have found hoped-for clues is… is nearly 4,000 miles from where the airliner made its unexpected and as yet unexplained turn to the west," Goyer wrote. The first obvious clue is that the airplane flew for many hours.

What do the satellite images show?

Two indistinct objects, one about 79 feet (24m) in length and the other about 16 feet (5m) long. They may not look like much to an untrained observer, but Australian intelligence imagery experts were confident enough to pass them along to the maritime safety agency.

"Those who are experts indicate they are credible sightings. And the indication to me is of objects that are reasonable size and are probably awash with water, bobbing up and down out of the surface," Young said. 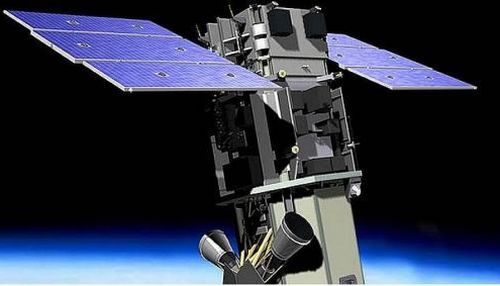 The DigitalGlobe Worldview-2 satellite, which captured the images of the two objects in the Indian Ocean.

When were the satellite images taken?

Why were they revealed only four days later?

Amsa said it took four days for the images to reach it "due to the volume of imagery being searched and the detailed process of analysis that followed." How did they know where to look?

The searchers used complex calculations to narrow the likely area to a square, which is where the images came from.

Who is heading the search?

The Australians are in charge of the search in their area of responsibility, which includes a large area of the southern Indian Ocean off Australia's west coast. Malaysia remains in overall control of the search.

Will the flight data recorder's pings be picked up?

Detecting ultrasonic "pings" from data recorders would always be a difficult task, but under best conditions, pings can be detected at a two-mile (3.2km) range.

If the recorder is at the bottom of the ocean, warm waters would affect its range. The presence of thermoclines, or layers of different temperatures in the water would impede the pingers. The recorders' batteries are said to be able to last about 30 days, and with the search now into its 14th day, time is running out.