GEORGE TOWN: The blazing weather did not deter thousands of people from turning up for a merry time at the Jom Riuh carnival held in conjunction with the opening of the second Penang bridge.

It began at 10am yesterday and was officially opened by Yang di-Pertua Negeri Tun Abdul Rahman Abbas in the afternoon.

Among the visitors was Charlie Tee, 26, who travelled from Sungai Petani, Kedah.

“This carnival is a lot of fun for children and adults, including myself,” he said while frolicking with sand art at a game stall. 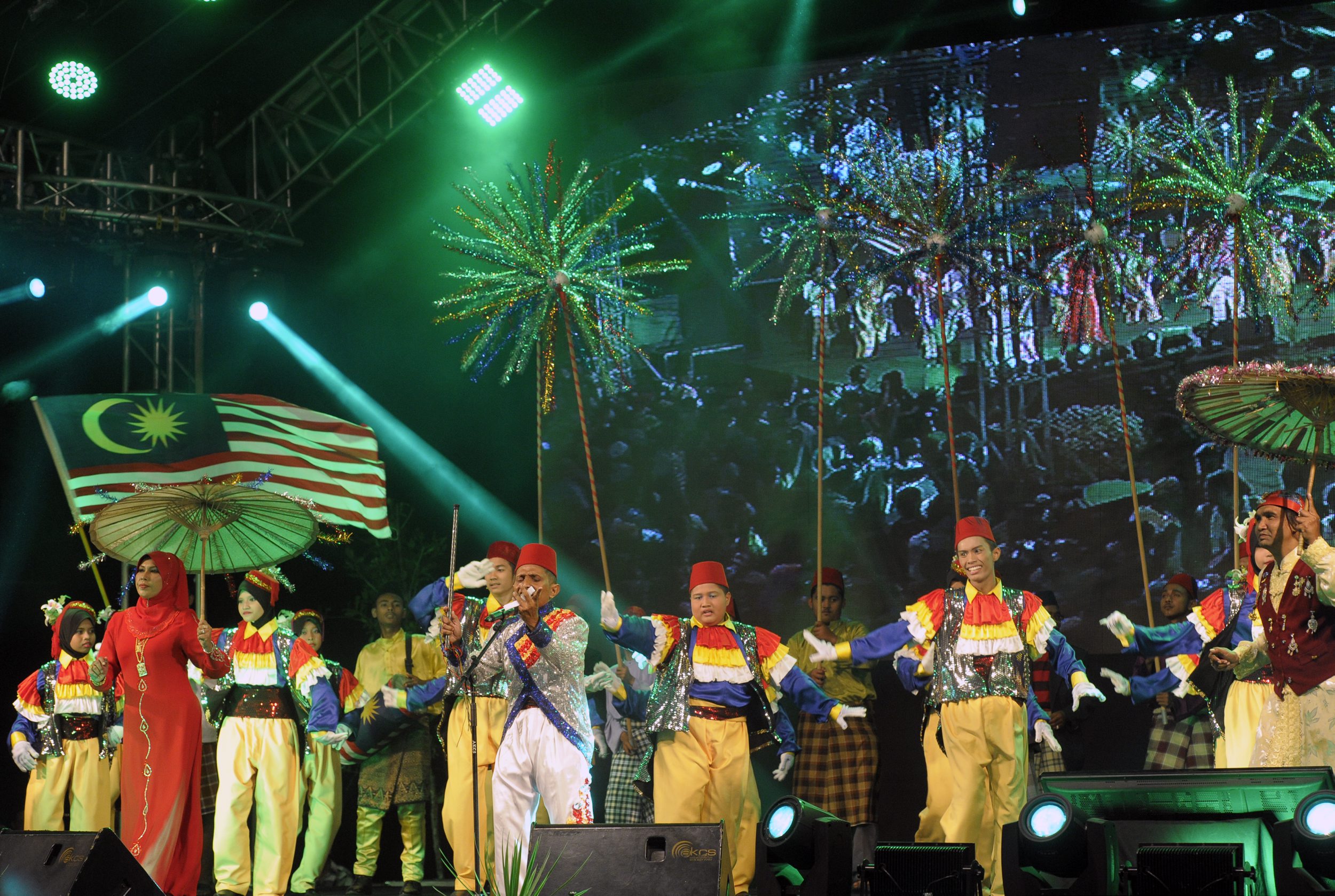 Song and dance: Performers putting on various shows for visitors to enjoy at the Jom Riuh carnival
during the launch of the second Penang bridge.

Penangite Zaidi Zin, 39, brought his two children along for the carnival, which was held at an open space near the bridge’s Batu Maung interchange.

“I visited the site on Friday for sightseeing and to better identify the routes to use to the carnival today. This is an important day for Penang and we are very happy to be here,” said the security guard.

Another visitor was Noranisah Abu Bakar, 29, who came with her family from Kulim, Kedah.

“We had some trouble looking for parking. However, my family and I had a good time here,” she said.

Among the many booths at the Jom Riuh carnival were those set up by developer Mah Sing Group as well as NGOs such as 1Malaysia for Youth (iM4u).

Meanwhile, a free smartphone application called Second Penang Bridge will be made available next month to help motorists monitor traffic conditions on the bridge.

IntraMAS is the integrator for the system that manages traffic, variable signage and surveillance for the bridge.

Those without smartphones can subscribe to the SMS traffic information or visit the Malaysian Highway Authority’s website (www.llm.gov.my) to check traffic conditions. The crowd also made a beeline for free copies of The Star which were handed out during the event, with circulation executive Soon Chun Keat saying 3,000 copies were snapped up within four hours after distribution started at about 9.30am.

Another 32,000 free copies of The Star sponsored by Mah Sing, Mohamed Meera Sahib Sdn Bhd, Penang Gerakan and Pantai Hospital Penang will be distributed from the bridge’s Batu Kawan toll plaza daily until this Friday.

Second bridge to be named after current King

It's like going through what happened 30 years ago, says retiree

No toll on Penang's second bridge for the first month