PUTRAJAYA: The Federal Court has reviewed the test for locus standi, ruling that a person needs at least a genuine interest in an issue but not longer needs to prove to have his rights affected by it.

To have locus standi (legal standing) means a person is qualified to take legal action, as they are affected in some degree by the issue they are taking action against.

The Federal Court came to the findings when deciding over a suit between Malaysian Trades Union Congress (MTUC) against the Government for access to the concessionaire agreement involving Syarikat Bekalan Air Selangor Sdn Bhd (Syabas) and an audit report.

Justices Hasan Lah ruled that for an applicant to pass the “adversely affected” test, the applicant has to at least show that he has a real and genuine interest in the subject matter.

“However, it is not necessary for the applicant to establish infringement of a private right or the suffering of special damage,” said Justice Hasan.

He ruled that MTUC had shown that it had a real and genuine interest in the two documents and was adversely affected by the Minister’s decision.

The panel set aside the test of locus standi (legal standing) as per the 1988 Supreme Court decision in the case of Lim Kit Siang versus United Engineers (M) Bhd, where Lim asked for a declaration that the letter of intent issued by the government to UEM to construct the North-South Highway was invalid.

The Supreme Court had ruled Lim had no locus standi as he had failed to show that his private right had been infringed or he had suffered a special damage.

However, the panel unanimously upheld the Court of Appeal’s decision to deny MTUC access to the documents as the Audit Report was an official secret document, on the ground that it was tabled before and deliberated by the Cabinet.

“As for the Concession Agreement, the MTUC failed to show that the Minister’s decision was illegal, irrational and flawed on the ground of procedural impropriety,” said Justice Hasan.

The applicants’ counsel Malik Imtiaz Sarwar told reporters that while his clients may have lost the suit, the decision clarified the law on locus standi and could possibly make it easier for others to launch such cases.

The applicants (MTUC and the 12) had on Jan 15, 2007, applied for a judicial review for accessing the concessionaire agreement between Syarikat Bekalan Air Selangor (Syabas) and the Federal and state governments.

On June 28, 2010, the High Court allowed their judicial review, ruling that the disclosure of the documents would not be detrimental to national or public interest.

However, on Feb 25, 2011, the Court of Appeal, in a 2-1 majority decision, overruled the High Court’s decision and held that MTUC and the 12 water consumers did not have the legal right of access to the audit report and water concession agreement.

The applicants were represented by lawyers Malik Imtiaz Sarwar, Aliff Benjamin and Ravendeep Singh, while Senior Federal Counsel Suzana Atan acted for the Government and the Energy, Green Technology and Water Ministry. 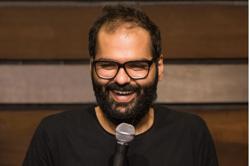