By Florence A. Samy, Winnie Yeoh and A. Raman

HONG Kong mogul Cecil Chao has doubled the marriage bounty to HK$1bil (RM430mil) to any man who can successfully win the heart of his lesbian daughter Gigi Chao, Nanyang Siang Pau reported.

The father insisted that Gigi is still single although she had admitted to “marrying” her female partner Sean Eav in 2012 in Paris.

In an interview with a business newspaper early this month, Cecil said that although his initial offer of HK$500mil (RM215mil) in 2012 attracted more than 20,000 suitors, his daughter remained unmoved.

Ironically, he also said that he would not interfere in the personal life of his daughter.

“I only hope for her to have a good marriage and children as well as inherit my business,” Cecil said.

He believed that Gigi’s thinking would change in due time as she is only 33 now.

Cecil revealed that Gigi had told him before that she had yet to find a suitable male partner. 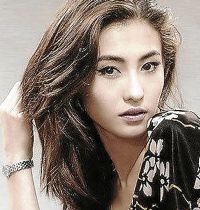 In an interview with The Straits Times, Cheung said she has been living in Singapore with her two sons for the past two months and had chosen to settle down in the republic for its lack of paparazzi culture.

Apart from parenting, the ex-wife of famed Hong Kong actor Nicholas Tse also did voluntary work with a charitable organisation three to four times a week.

The footage showed Cheung, who was dressed plainly, distributing food to senior citizens at the ground floor of a flat with other volunteers.