Johor-Riau link on the cards

JOHOR BARU: Plans are in the pipeline to connect Riau in Sumatra, Indonesia, to Kukup in Pontian, Johor, via a 17.5km undersea tunnel linking the two countries.

To be known as the Johor-Riau Link, the undersea tunnel would link Karimum Island in Riau to Kukup, Pontian, near the existing ferry terminal in the Pontian district. 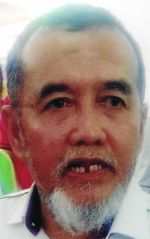 “The project is more cost-effective and viable at a cost of about RM15bil compared with the Dumai-Malacca bridge estimated to be RM44.3bil,’’ said UTM Construction Research Alliance dean Prof Dr Muhd Zaimi Abd Majid to reporters yesterday at the signing of a memorandum of understanding between the university and Pelalawan Regency represented by its head of district Muhammad Harris.

He said the preliminary feasibility study showed that the link would create higher economic impact between Riau and Johor, lower risk and lower disturbing effect compared to the development of the Dumai-Malacca and Batam-Singapore bridges.

“It will not cause disturbances to commercial vessels using the Straits of Malacca during construction activities as no structures will be built above seawater,’’ said Dr Muhd Zaimi.

He said the undersea tunnel would be constructed using the boring method similar to the construction of the mass rapid transit system in the Klang Valley and would take between three and five years to be completed.

Muhammad said apart from the 17.5km tunnel, the Johor-Riau Link would also include several bridges linking islands off Riau waters to Karimum Island and connect to the undersea tunnel.

“The link between Riau Province and Johor will further accelerate growth in the province under the Indonesian central government’s Sumatra Corridor Development Region,’’ he said.

Muhammad said the link would also benefit Malaysia as Riau was the second richest province in Indonesia after East Kalimantan with oil and natural gas reserves as well as the biggest palm oil plantation in Indonesia.