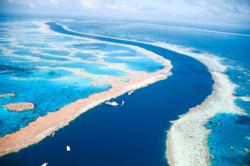 PETALING JAYA: The Tourism and Culture Ministry has agreed in principle to look into gazetting Lembah Bujang, which boasts more than 100 historical sites, as a heritage site.

He said that with the gazetting, the sites which boasts remnants of an ancient civilisation, would gain recognition as an international tourist destination.

Mukhriz's remarks came after the inadvertent destruction of an ancient tomb temple in the Lembah Bujang by a housing developer.

"We place utmost importance in preserving heritage sites in the state. And we are saddened by the recent destruction of Candi 11," said Mukhriz.

Mukhriz, who was appointed Mentri Besar in May, said the developer had been given a permit to develop the area back in 1993 but clearing activities only began in August this year.

However, the state government had imposed a stop-work order in a move to protect the historical site.

"Although it is too late the save candi number 11, we have to immediately act to preserve the other archaeological treasures in the area.

"It is still possible to reconstruct candi 11, as the one that was destroyed was also a reconstructed piece," he said.

The destruction of the candi came to light about three months after the developer started clearing the land for a housing project.

Bandar Saujana Sdn Bhd project manager Saw Guan Keat said they were not aware that the stone structure that they had cleared was a candi.

He claimed that they were only aware that the area was a historical site after reading about it in the news reports.

He said the company had bought the land earlier this year from another housing developer who had obtained permit two decades ago to develop the area.