A mini train set complementing the Christmas decorations at the Nassim Road bungalow belonging to Mr Leonard Francis, who runs a company that handles marine and offshore logistics and force protection. He has been putting on extravagant Christmas light shows for years, even when he was at his previous residence in Cluny Road. The decorations have been causing drivers to stop for a closer look, while passers-by snap photos of themselves next to the beautiful lights, since they went up on 15 December.

PETALING JAYA: He is a big man by any reckoning, both in size and in all his activities.

The private life of the controversial Leonard Glenn Francis has come under scrutiny with more details revealed by those who have crossed paths with the man who stands accused of offering prostitutes and money in exchange for over-priced Pentagon contracts. 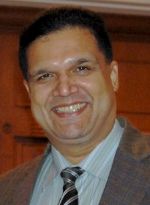 A family acquaintance said it was hard to miss the well-spoken British-educated Francis in social events.

“And he has a penchant for big cars, big homes and the big life,” said the acquaintance who visited Francis’ sprawling three-storey bungalow in Jalan Gasing here about seven years ago.

The palatial home had a swimming pool and no fewer than three maids.

“I saw a couple of Hummers, a Rolls Royce and a Mercedes, all which carry the registration number 1,” he added.

Francis, who is the CEO of Singapore-based Glenn Defence Marine Asia Ltd (GDMA), has claimed trial in a San Diego court over a shocking corruption case involving millions of dollars squeezed out of the Pentagon.

Known as “Fat Leonard” among the military circles, he is accused of bribing navy officers with concert tickets, luxury hotel stays and prostitutes to get US Navy vessels to go to selected ports such as Port Klang and Phuket where he could inflate maintenance and re-supply costs by millions of dollars.

The 58-year-old is married to a 31-year-old housewife and has five children aged between four and 21.

“From what I know, he has property around the world like in the US and Japan and used to lead a larger-than-life lifestyle with countless lavish parties constantly on the calendar,” said a source.

Although he has roots in Penang, Francis has been living in Singapore for the last three decades.

He had previously made headlines across the Causeway for his lavish Christmas decorations outside his 6,503sq m bungalow in Nassim Road in the republic.

Another acquaintance said Francis’ father set up the company, but it was the son who took it to the next level.

The company traces its roots back to 1946 when the Glenn Marine Enterprise was established in Penang.

According to the Glenn Marine Group of Companies (GMG) website, their scope of business includes the supply of naval logistics and marine husbanding, offshore oil and gas, passenger cruise terminal and container port operation.

The proposed Centralport is to be located between the two existing ports – Northport and Westport.

The idea was originally mooted by the Port Klang Authority in 2010, and the previous CEO Brian Paul jumped on the idea and proposed to build the port for the Government last year.

Brian has since resigned, and the status of the port has been transferred back to the Port Klang Authority.

Meanwhile, Glenn Marine Group (Asia) acting chief operation officer Lt-Kdr (Rtd) Zamrady Ariffin had “no comment” on any developments of its major shareholder or the company.