A celebration of diversity

It is the country’s National Day tomorrow and in many schools, the fun and festivities held so far highlight the ‘Malaysianess’ of its students.

Principal Misliah Kulop said the National Day theme was Sehati Sejiwa. The school, however, added on an extra word to personalise their message to its students. The school’s Salam Sehati Sejiwa (Hello One Heart, One Soul) was to show that they were just not learning about their friend’s culture but embracing it.

Misliah said she chose to highlight the different cultures during the school’s National Day celebrations held on Aug 13, as she wanted to bring her students closer for them to understand each other’s culture better.

“I also wanted to instil a sense of mutual respect, open-mindedness and the importance of harmony in the teachers and students of the school,” she added.

“Children of so many different races (in the country) are enrolled in this school, but the students rarely get to experience the different cultures,” she said, adding that this could be due to today’s lifestyle and urban living.

“I suggested that the students dress up and flaunt their outfits so that it reflects the vibrancy and richness of their respective cultures ” she said.

One such “model” was Claire Richard, 16, who donned her traditional Bidayuh costume. 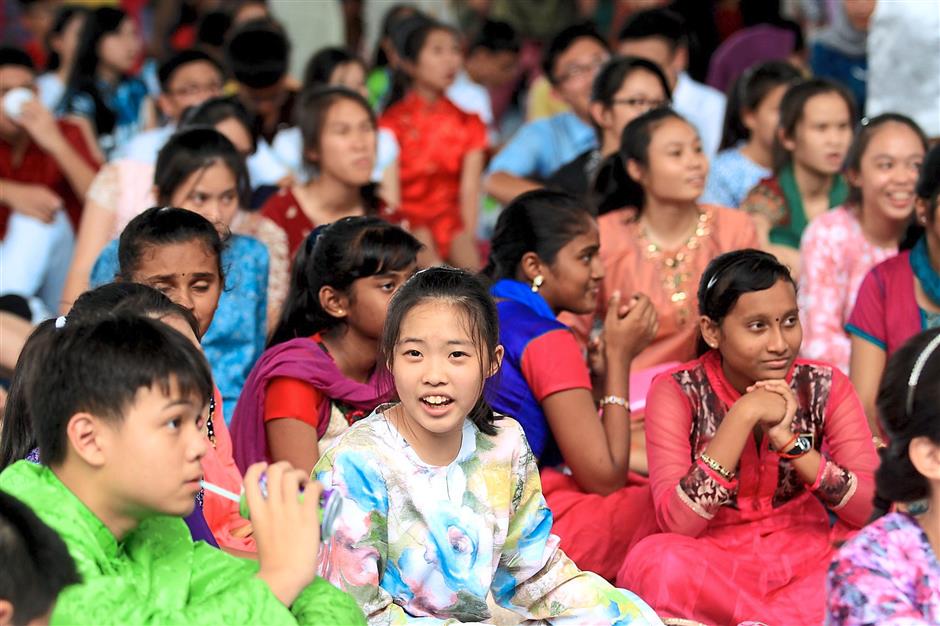 Culture vultures: The students were encouraged to dress in traditional attire to reflect their Malaysian identity.

Claire says it was the first time the National Day celebrations was held on such a grand scale in the school.

Some enthusiastic students took it one step further and borrowed outfits from their friends.

Sixteen-year-old Kenneth Lim Kean Sing, who proudly paraded in a baju Melayu, said it was his Malay buddy who lent him the costume. Form Two student Jynn Kok E-Lynn, 14, also had on a borrowed baju kurung.

It was an opportunity for her and her schoolmates to show their love for the nation by donning traditional costumes. “It’s not just an interesting but powerful symbol of our unity, and we also had the chance to ‘connect’ at a more personal level with our friends when they willingly shared their outfits ” said Jynn.

Form Four student Ivan Low Wei Han, 16, decided to buy a baju Melayu. To be a true ‘anak Malaysia’, he decided that it was time to own one.

Students came to school in their uniforms as they had lessons. But at noon, the celebrations started and students were all dressed in traditional costumes.

There was an array of Malaysian delicacies such as vadai, murukku, kuih bahulu and Chinese love letters, and students who were decked in their best served their teachers and peers. 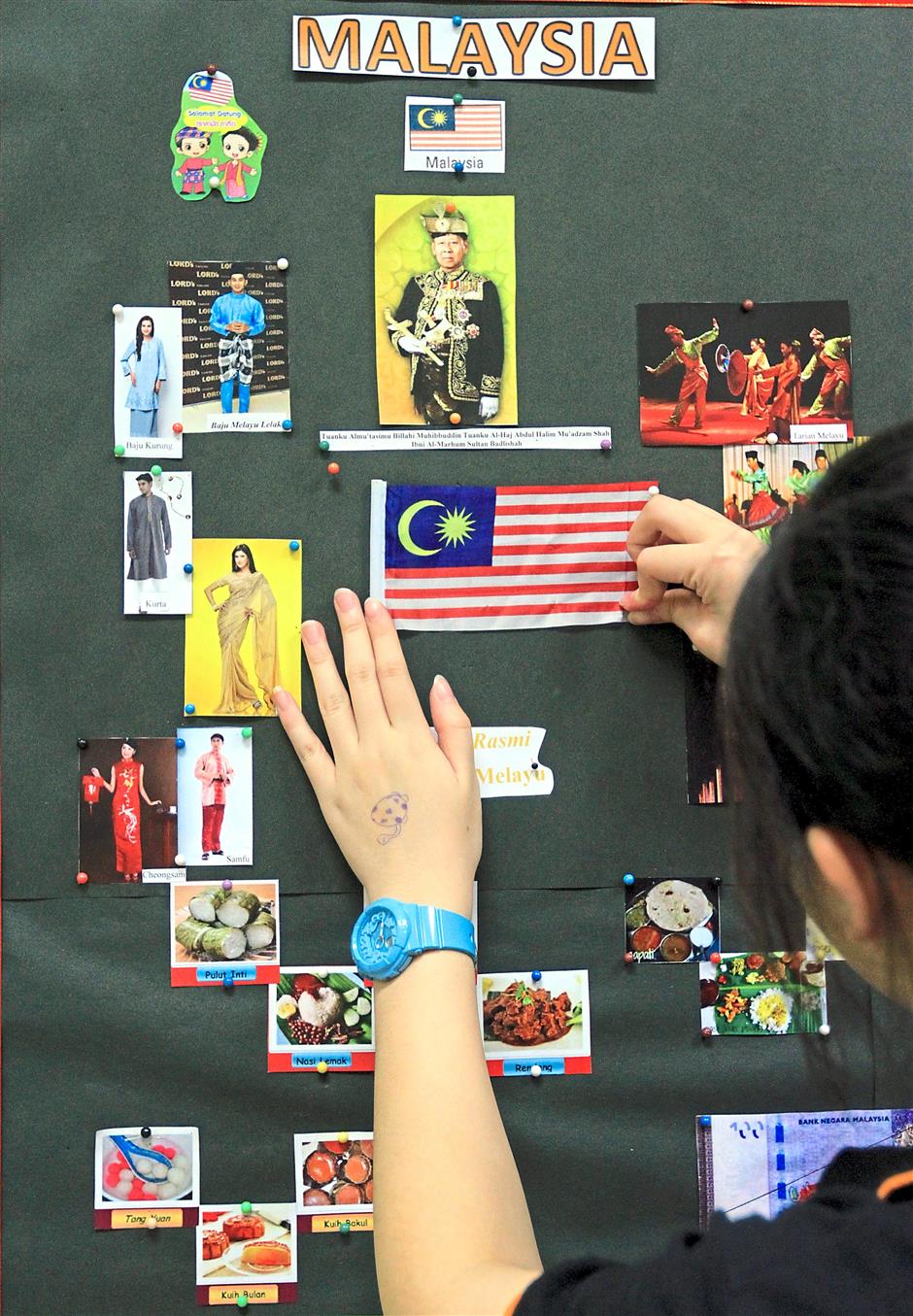 Misliah said that many dishes were now considered Malaysian and no race could claim them to be exclusively their own. This is because they have become so popular and prepared by people of different ethnicities.

“We see favourites like satay, nasi impit and briyani at every festival now,” she said, adding such foods reflected their “Malaysianess”.

“It is not just assimilation but acceptance of each other,” added Misliah.

The event also saw teachers and students singing and dancing on stage to keep everyone entertained.