Dr Brida-Hofherr performing acupuncture treatment on an eight-month-old Happy while his owner Wei Jun calms him down and holds him in place.

AN eight-month-old beagle named Happy has been experiencing seizures at least once a month ever since he was only three months old.

A visit to the veterinary clinic ended with a lifetime prescription of medication which will help stop the seizures in most beagle breeds prone to the condition.

This means a likely alteration in his behaviour, from being a happy carefree dog to a sick dull one.

“The medication is strong and will definitely change his behaviour... he will no longer be a normal dog anymore,” said his owner Wei Jun.

The 35-year-old who got Happy from a pet store about six months ago, said he not only wanted the seizures to stop but also for Happy to be happy.

One day, the freelance theatre performer stumbled upon the idea of animal acupuncture.

“My friend actually told me to try it out as his cat recovered partially from a stroke thanks to acupuncture,” he said.

Being no stranger to acupuncture himself, he immediately sought treatment once a week with the only certified veterinary acupuncturist in Malaysia, Dr Susanna Brida-Hofherr.

She is certified under the International Veterinary Acupuncture Society in the United States.

Three sessions later, Happy seemed to be recovering well with no seizures experienced that month.

“I believe that acupuncture can calm my dog, as it is about energy flow and bringing balance to the mind and body,” he said.

Meanwhile, Tatiana Gounar brings in her terrier named Doussia for acupuncture as she only wants natural treatment for her canine.

The 14-year-old dog brought in from France had a weak heart and soon became less active because of the meds.

After a year and a half of acupuncture treatment, Doussia is now running and jumping despite her age.

“I believe that acupuncture can help as it has helped me quit smoking,” she said.

The ballet teacher added that she used to be a chain smoker for about 20 years until acupuncture helped her stop after over a month of treatment.

Similarly, Yvonne Loh’s dog, who is also named Happy, suffered from a slip disc in the lower back.

After being warded for six days, Happy was caged as per the doctor’s orders.

“I was told not to let him walk or climb up the stairs and he didn’t like the idea of being caged,” she said.

Loh brought eight-year-old Happy in for acupuncture in February once a week and now Happy is running and jumping.

Cat owners too bring in their feline friends, like Russell who was born with a kidney cyst which leads to kidney failure.

“It reached the point where the owner had to force feed him as he doesn’t want to eat at all,” said Russell’s caretaker Lee Li Lian.

Ten-year-old Russell started acupuncture in 2010 once a week the first year, once every two weeks in the second year and now it is once every month.

“He was half his size when he was brought in and now, he is perfectly fine. The recent blood test showed the cyst is gone,” said Dr Brida-Hofherr.

Dr Brida-Hofherr operates from a centre along Jalan Datuk Sulaiman 2 in TTDI, where the pets are treated for 20 minutes per session.

The Austrian vet of 12 years further added that acupuncture is neither a miraculous treatment nor a quick easy fix.

Acupuncture can only be given if the owner has exhausted all other treatment options or if the treatment complements the current conventional medication.

In addition, Dr Brida-Hofherr believes that the owner must be empowered to know what is going on with their pet and the treatment she is giving.

Their diet plays an important role too as the right medication and food can help improve the health of their pet.

“Holistic medicine helps the body by realigning the body and mind. So, for me, it is important the owner is informed and knowledgeable about the treatment I give,” she said.

The 46-year-old, who is married to a Malaysian, only got into acupuncture in 2003 after experiencing the treatment herself.

“I used to be one of those who thought that acupuncture was a total ruse and just to prove someone wrong, I tried it,” she said.

Eight years ago, she was treated for some personal health problems and now she is hooked on acupuncture.

“And then I thought to myself, how can I make this work with animals too as it really had a good effect on me,” she said.

After much research, she found a proper curriculum which is internationally recognised with proper standards in acupuncture treatment.

Two years of studying and a few internships later, she opened her first centre here in 2009.

“There is more to just sticking needles into the body, those two years were the hardest times of my life but it also opened my eyes to so much more,” she said.

The owner of two dogs, two rabbits and six cats only focuses on holistic treatment now and works with other conventional doctors.

Apart from sticking needles into pets, Dr Brida-Hofherr also gives them Chinese herbal medication which is imported from Canada.

“No preservatives, all organically-grown plants which is only prescribed if necessary as not everything is safe for all pets,” she said.

Dr Brida-Hofherr, who has been here for about eight years, said the idea of acupuncture did not scare locals away as it is a form of Chinese traditional treatment here.

However, in Europe, the idea of performing acupuncture on pets is still foreign.

“I always emphasise that acupuncture is not a guaranteed cure for everything but while I’m treating my patients, I will do everything I can to help them and stop treatment if it will hurt them,” she said.

She has so far worked with pets who come in with long-standing health issues such as arthritis, certain skin conditions, diseases and also slip disc.

Dr Brida-Hofherr only treats pets on an appointment basis to ensure all her patients are suitable for acupuncture. 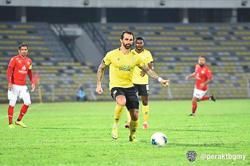 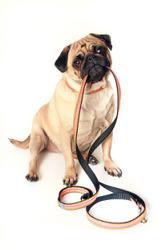 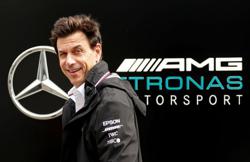