Co-Martinent was born and raised in the Philippines and has spent the past seven years in Malaysia.

CHINESE expatriate Anabelle Co-Martinent feels that she has found a real gem in Malaysia.

Born and raised in the bustling capital of Manila, 38-year-old Co-Martinent still holds on to her Chinese passport. Her maiden name is Co.

“My grandparents migrated to the Philippines from China, but they never applied for citizenship,” she said, adding that she herself did not undertake the application process either when she turned 18. Foreign nationals born in the Philippines do not automatically get citizenship.

With qualifications in IT, Co-Martinent spent some time working in Singapore where she later met and married her French husband Jerome before moving to Kuala Lumpur seven years ago. Runs have become a popular activity in Malaysia and Co-Martinent has signed up for one with her husband. -filepic

“Many people tried to dissuade me from coming to Kuala Lumpur, by telling me about the crime rate and how I would not be able to get a work permit,” she said.

“But we did not have any major difficulties in moving here and we quickly grew to love the place.”

“I was initially given a spouse’s permit, which meant that I could not work, but I wanted to meet people and create networks, and the only way to do that was to work,” she said.

Her professional background was valuable enough to get her hired by a multinational corporation and they helped her to acquire a valid work permit.

Adapting to Malaysian culture went so smoothly for Co-Martinent that she was inspired to blog about her experiences as an expatriate in Malaysia.

“I have been contacted by other expatriates seeking to transfer to Malaysia, some of whom I have become friends with,” she added.

Co-Martinent has rather high opinions about life here and feels that Malaysians occasionally do not appreciate their country as much as they should.

“Many Malaysians have talked to me about migrating to countries such as Australia or the UK, but sometimes they do not realise how blessed they are.

“Malaysia does not experience typhoons like in the Philippines and the good weather allows for such lush greenery,” she said. 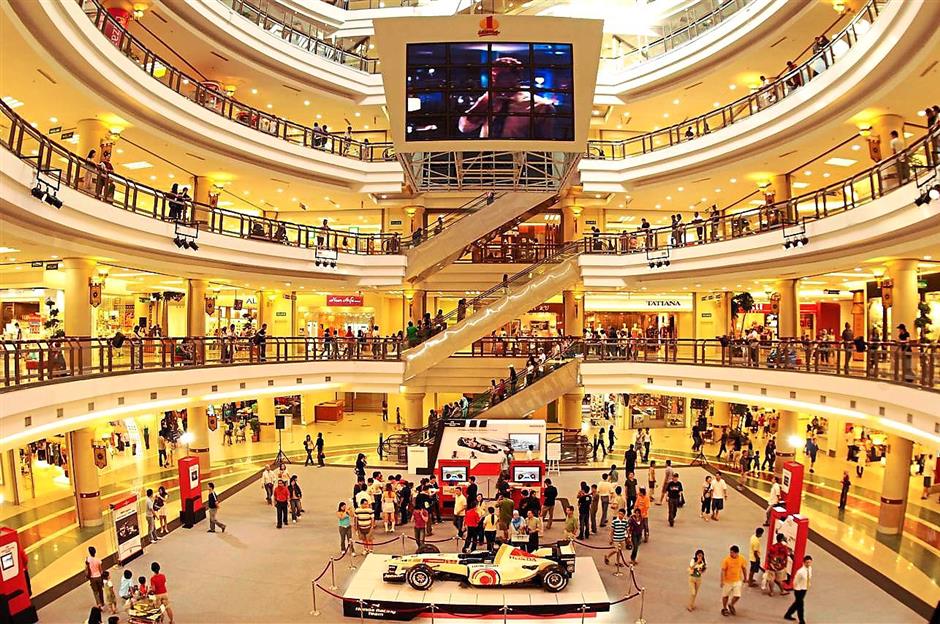 During the weekends, she and her family go out to the malls to dine and shop.

She added that unlike Malaysia, the Philippines faced problems with overpopulation, which meant that much of their greenery has to be cut down to make way for development.

“Malaysians are self-critical and tend to compare themselves to other countries, but I think that is okay because it is a developing country that is always striving to improve,” said Co-Martinent.

She admitted that she is more fond of life in Kuala Lumpur than Singapore, saying the cost of living here was cheaper and the people were more relaxed and welcoming.

Outside of their busy work schedules, Co-Martinent and her husband dedicate their free time to their two children, spending it at a park or a mall.

“Asians are very lucky to have sunny weather, so we sometimes take the children to the large parks on the weekends,” she said.

Alternatively, they will go out to nearby shopping centres as a family where they can eat, shop and stroll around.

“Prices in Malaysia are still reasonable in comparison to a lot of other countries and the shopping complexes here are of decent standards,” she added.

Recently, her husband signed both of them up for a run this year.

“I noticed that runs are getting more and more popular in Malaysia and I think it’s a good thing, especially since there are studies suggesting that Malaysia has the highest obesity rate in South-East Asia,” said Co-Martinent.

The family has done a lot of travelling to tourist attractions all over the country in the near-decade they have been here, many of which are documented on her blog.

“Some of the places that we have been to include Langkawi, Penang, Port Dickson and Legoland in Johor. Pangkor is one of my favourite places because it is near enough for convenient access when we want a break from the city and urban life,” she said.

“Although there are many good places in Malaysia one can travel to, the beaches here are nothing like the ones back in the Philippines; that’s the one thing I really miss about my birth country.”