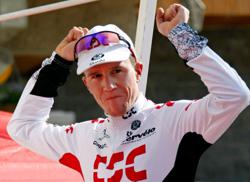 SIBU: Road accidents are more prevalent during festive seasons due to the increase in traffic.

In saying this, Nangka assemblyman Dr Annuar Rapaee strongly urged motorists to be more cautious while on the road.

“During any festive season, incidents of road accidents are always higher than normal when people are rushing home. You will not be arriving home one hour earlier if you are driving at top speed. Instead speeding increases the risk of accident. Speed kills,” he told reporters after officiating at a road safety campaign in conjunction with the coming Hari Raya Aidilfitri here yesterday.

Dr Annuar said the number of deaths from road accidents in Malaysia remained among the highest in the world, recording 6,000 cases annually, or 16 deaths a day.

For Sarawak, he said 217 people lost their lives due to accidents last year.

“For Sibu, however, there have been less cases. For the first five months of this year, there were 754 accidents claiming 19 lives, compared to 799 cases with 25 deaths in the same period in 2013.

“Still, the statistics is very alarming. With a road safety campaign such as this one, motorists will be more careful while on the road,” he said, noting that poor driving attitude was the main contributing factor to road accidents.

Additionally, he also hoped that the authorities concerned would look into improving the condition of roads across the state, especially those at accident-prone areas.